Danielle Brian: Thank you to all our supporters 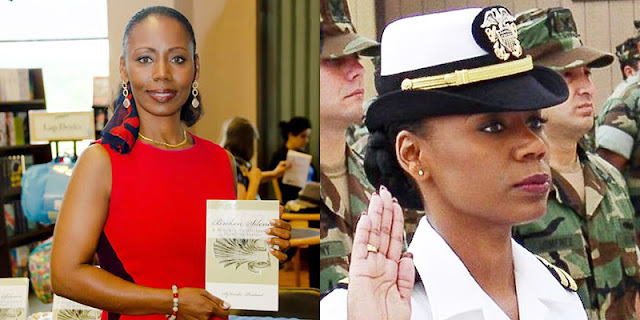 In their own words, determining whether or not a violation of Civil Rights Laws had occurred, in particular, the Military Whistle-blower Protection Act of 1988 (as amended); the BCNR concluded, using the definition of Protected Communication (PC), considered LCDR Penland’s asserted Protected Communication, based on the Inspector General’s (IG) reprisal investigation, and all documentary evidence.
Similar to the Navy’s IG, 2008 investigation report of Penland’s initial reprisal allegations, where the investigators ignore a large majority of Penland’s allegations—

In their findings, the BCNR concluded that there were at least ten Protected Communications Penland made to the Navy IG and former Congressman, Bob Filner, between Penland’s January 2006 arrival date at former Naval Coastal Warfare Group-One, and her July 2009 discharge.

However, the in-conclusive findings, failed to mention Penland’s Protected Communication with the office of the Secretary of the Navy (reporting ongoing reprisal), the Department of Defense Inspector General (DoD IG) (reporting ongoing reprisal and gross mismanagement of war funds); and the office of the Department of Justice Anti-Trust Division, via a June 2009 Qui Tam lawsuit, filed on behalf of the government, against the Veteran owned defense company, Logistic Support Inc. See related stories.
Talk about Courage under Fire. Former LCDR Penland was truly a trailblazer. Her boldness to step outside the boundaries of the Defense Department, to report the findings of their internal IG investigations, ultimately led to her abrupt discharge, in late July 2009. At the time, Penland was a few months shy of her 20-year retirement eligibility and qualifying for her hard-earned retirement benefits. In the Navy we would call such cheap-shot retaliation against Penland as being, “Lower Than Whale Turds.”
In her memoir, Broken Silence, a Military Whistle-blower’s Fight for Justice, Penland gives a detailed chronological account of the blatant abuse of power, gross financial mismanagement, fraud, waste and abuse, as well as judicial corruption, and nearly a decade of ongoing reprisal, to document the miscarriage of military justice.
The Navy’s top brass continues to discredit Penland with the Scarlet Letter. The notorious 30-year Fat Leonard bribery-sex scandals, as more indictments comes about, while ignoring reports of extra-marital affairs of more senior officers, Penland remains the only single military officer to have been charged and convicted of adultery, and the married husband in the alleged affair, has since retired from the Navy, and was never charged or prosecuted. They say it takes two to tango, so why the hell wasn’t he held accountable?
We at MCC will continue to offer Penland our support, as she continues her fight for justice against the Navy’s top brass’ JAG Corps, who considers her a threat to their corrupt fiefdom. Protecting the careers of the real criminals will always be a higher priority! We encourage LCDR Penland to keep up the good fight for even a sliver of justice. We will continue to keep our readers informed.
References:
The Whistle-blower Act was made law with the help of Navy Chief Petty Officer Michael R. Tufariello. He caught the commanding officer paying hundreds of reservists for drills they never attended. The amount of fraud totals in the millions of dollars. Four naval officers conjured up a plan to neutralize Tufariello by lying to the doctors of an Air Force hospital saying that Michael Tufariello threatened to commit suicide. It was all a complete lie.
To initiate their plan, the officers lied to Tufariello ordering him to appear and saying the commanding officer wanted to see him. When he arrived, two armed Marines seized him and drove him to a nearby Air Force base where he was incarcerated in the mental ward. After he was released from the mental ward, he was forced into retirement and appeared to testify before a House subcommittee. The naval officers who perpetrated the crime were given a pass by the base commander, Captain Robert Naughton. The money that was fraudulently paid out was never recovered and the illegal practice of paying reservists for work they don’t do continues. The fraud is ingrained into the military structure.
LCDR Penland invoked the Act that Tufariello helped to pass.
WHISTLE-BLOWER PROTECTION ACT
Military Whistleblower Protection Act of 1988 (MWPA), as amended at title 10, United States Code, Section 1034, and elsewhere, is an American law providing protection of lawful disclosures of illegal activity by members of the United States Armed Forces.
The act protects a United States Armed Forces member who makes a “protected communication” regarding a violation of law or regulation. The superiors of these service members are prohibited from retaliating against the service member making the protected statements.[2] The Congressional statute is implemented by Department of Defense Directive 7050.06 (July 23, 2007), which protects:
(1) Any lawful communication to a member of Congress or an Inspector General.[3]
(2) A communication which the Armed Forces’ member reasonably believes evidences a violation of law or regulation, including sexual harassment or unlawful discrimination, mismanagement, a gross waste of funds or other resources, an abuse of authority, or a substantial and specific danger to public health or safety.[4]

But the communications must be made to one of the following:
(1) A member of Congress, an Inspector General, or a member of a Department of Defense audit, inspection, investigation, or law enforcement organization, or
(2) Any other person or organization (including any person or organization in the chain of command) designated under Component regulations or other established administrative procedures to receive such complaints.

On December 12, 2013, the United States House of Representatives approved section 1714 of the National Defense Authorization Act for Fiscal Year 2014 overhauling the Military Whistle-blower Protection Act of 1988. The Government Accountability Project, a nonprofit public interest group, praised the legislation as the “first significant advance in military whistle-blower rights since they were enacted in “1988” and summarized its provisions as follows:
Statute of Limitations: This period would expand from 60 days to one year, consistent with general best practice whistle-blower protections.
Protected Audiences: Audiences for protected disclosures would expand to include testimony to congressional and law enforcement staff, courts, grand jury and court martial proceedings.
Closing Loopholes for Protected Speech: The reform closes the same loopholes that Congress eliminated in the civil service Whistle-blower Protection Enhancement Act. Such loopholes include: A whistle-blower is not protected if someone previously disclosed the same misconduct; oral disclosures not being covered; whistle-blower motives being challenged, and whether the disclosure was made while on or off duty.
Expansion of Protection against Forms of Harassment: The reforms ban retaliatory removal of duties inconsistent with rank.
Independent Service Office of the Inspector General (OIG) investigations: The reforms require service-specific OIG investigations into reprisal to be handled by a higher organizational department than the one where alleged harassment occurred.
Administrative Due Process Hearings: If not satisfied by OIG action, each member has the right to a Board for Correction of Military Records (BCMR) administrative due process hearing.
The bill was signed into law on December 26, 2013.

Victory is not often achieved in the most persuasive argument of a legal brief, because all the facts will be left out!!   Victory is achieved when your eyes guide the truth of your reality to your Divine soul!

For over a decade, the words of my late father, a Vietnam Air Force Veteran, has echoed through to the chambers of my soul— the fatherly advice he gave me when I first made him aware of the fraudulent activity I’d uncovered while serving as a fiduciary agent in the Navy.

My experience is well documented in my memoir, “A Military Whistleblower’s Fight for Justice!”

He told me, “Whatever you decide to do, don’t do what your father did!” as he proceeded to confess how he went along with the system when he worked as an assembly lineman at the former General Motors plant in Doraville, Georgia, during the 70s to early 90s.  While meeting the production quotas, a special crew of employees had been authorized to work overtime, beginning after they’d already worked their normal hourly shift, when typically overtime begins at the end of the work week.  Already exhausted and nearly fatigued, the men worked well into the night, to earn extra money to feed and provide for their families.  Unfortunately, the results of the foreman’s actions (who had authorized the “special” overtime shift) would prove to have dire repercussions to one of the country’s largest corporate manufacturing plants, because of the massive recalls.  Instead of standing up to the truth during the internal investigation, my father decided to accept “hush money,” and took an early retirement severance payoff and lived to regret it until his untimely passing, a year after my discharge from the Navy.

As a Vietnam Veteran, my father faced racial discrimination far beyond what I’d experienced, despite the fact that I’d been sentenced to serve time in the brig, for standing up to the truth.   Unaware of his discrimination experiences during his military service, I wanted to continue his legacy, as well as other prominent men in my family, who also served throughout varies branches of our Armed Forces, yet as I’m forced to bear the reality of my own circumstances, I find it unsettling to the human Spirit when you are taught to “do what is right,” but you are punished for it!

At this juncture of my life, I’ve gained a hell of a lot of wisdom from my battle with the Military’s Industrial Complex and truth be told, I wouldn’t change a thing!!  I’ve matured as a human being as a result of my experience and the mark I shall leave behind is the scarlet stain of Justice!!  “Morality at its best is morality upheld, and Integrity is the Law!!
Posted by Syneeda at 4:48 PM No comments: 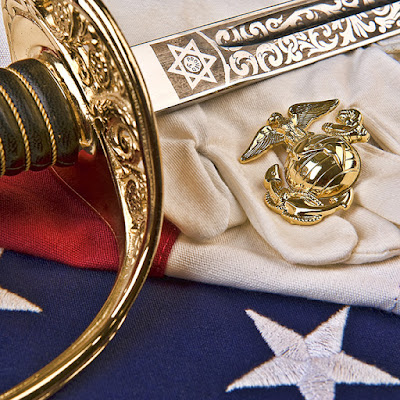 Alan Watts - An Introduction to Metaphysics

Posted by Syneeda at 8:52 PM No comments:

From the Archives...Obama Speech: 'A More Perfect Union'

Posted by Syneeda at 3:54 AM No comments:

Posted by Syneeda at 1:07 AM No comments: