Local Veteran Gets NO HELP from State Senator, John Isakson.... 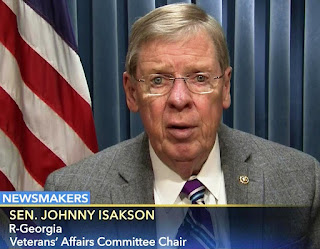 I just got off the phone with a staff employee of Senator Isakson's office and for the first time, in a long time, I had to raise my voice, which causes more harm than good nowadays!!

Obviously, she knew that she’d failed at doing her job several years ago when I’d contacted the Senator for assistance, and took the content of an email I’d sent to a co-worker yesterday, too personal.

During our brief conversation, not only did she show absolutely ZERO concern for the nature of my request, but she made the conversation all about her, instead of about Veterans and how the Senator can be of better service to the Veteran community as a whole, not just in the state of Georgia, but throughout all branches of our Armed Services!!

This employee neglected to follow-up on an inquiry several years ago and as a result, I've had to endure additional pain and suffering from an extremely rare and chronic medical condition, which has gotten worse over the years.

I was simply contacting Senator Isakson, as the Chairman, Senate Committee on Veterans Affairs, to see if he was interested in sponsoring a bill to get the condition added to the CFR.

Currently, the condition is not recognized in the Code of Federal Regulations, Title 38-Part 4 – Schedule for Rating Disabilities.

Early last month, I received the final decision from the Board of Veterans’ Appeals (Board) finally acknowledging that my condition was in fact “service connected,” as a result of the injuries I endured as a military whistleblower.  And the documents I provided, as well as my medical history, to substantiate my argument, coincide with the chronological events of my whistleblower experience, which was also argued in my Civil Action lawsuit against the former Secretary of the Navy, Raymond Mabus. 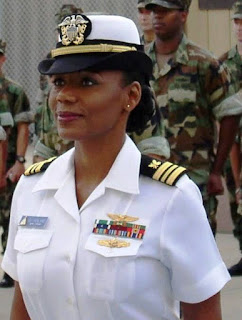 For those of you that have been following my Whistleblower case since mid-2007, while serving on active duty in the Navy, I suffered blatant retaliation as a military whistleblower and was punished severely.    My former bosses took cruel and unusual punishment to a new level!!   I digress….

As a result of my injuries, I developed a chronic blood condition, soon after my release from Mira Mar brig. The condition was brought on by extreme stress.   In January 2009, while serving on active duty, medical doctors at Balboa Medical Center diagnosed the condition and monitored my blood, and later began treating the condition until I was discharged from the Navy on July 31, 2009.

On August 3, 2009, my medical case was transferred to the Department of Veterans Affairs for further evaluation (study) and treatment.

For almost 10 years, I’ve had to endure monthly tests, as well as daily treatment for this rare condition, that senior Navy officials, not only caused with deliberate intent but turned a blind eye to, as if to say I was delusional or deserving of such Human Rights abuse. Meanwhile, monthly lab tests and ongoing prescription medications indicate otherwise. 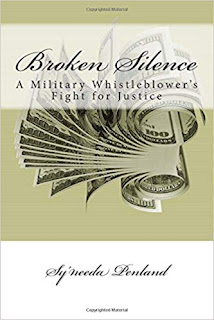 I will spare you all the details of my case, because I don’t want to re-open that wound, but I’m glad I wrote about it in my memoir, “Broken Silence, a Military Whistleblower’s Fight for Justice,” just in case I had to protest their deliberate ongoing abuse against me, later on or had to reach out to a Congressional official once again.

But at this point, after running into a major roadblock with Senator Isakson’s office, I’ve exhausted all measures and hope, that any member of Congress will help our Veterans!!!

It’s time to take this matter to a higher Court of Law!!!

Can you spell, “CLASS ACTION LAWSUIT”

It’s time that Veterans present our injuries before the Supreme Court!!
Posted by Syneeda at 4:00 PM