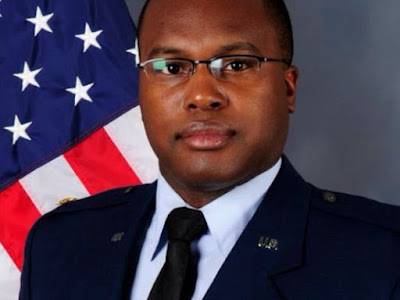 This enables the convening authority to manipulate the system buy indirectly or directly threatening a juror to provide to him/her the desired punishment for the accused. A threat from the convening authority can be fairly direct; “Hey commander, you’ve got a great career going, don’t blow it.” But, most of the time, the career-breaking threats are extremely subtle, or just plainly understood by the prospective juror.

When a juror feels pressure from the convening authority, even if it’s ever so slight to yield a desired result, it’s called unlawful command influence (UCI). In the military, UCI happens everyday and twice on Sundays. Provable UCI means the command has overtly sent a clear message to one or all jurors for the purpose of influencing their decision process and ensure a conviction in the case of the Navy vs. Joe Schmoe.

What people fail to realize is that “unlawful command influence” exists even when the convening authority (or his/her minions) do nothing, because of the way the system is set up. The tentacles of unlawful command influence is so ingrained in the military system that it insipidly chokes off any judicial fairness for the accused without anyone actually realizing it. Even though military policy makers have attempted to make it look like UCI doesn’t exist, it indeed does.

Jurors automatically feel the pressure just knowing that the person who is court-martialing the individual to be judged, is the same person who has their military career in the palm of his/her hand.

Right away, jurors think to themselves…

‘the admiral/general obviously wants to get rid of this guy or he would not be court-martialing him. I don’t want to lose my career because I hung-up the jury on any doubt of innocence. I’m not giving up my military career on anyone the admiral/general by his/her referral of charges declares is a dirt-bag.

I certainly won’t give the accused either a “beyond a reasonable doubt,” or “preponderance of the evidence” standard. He/she is just guilty as far as I’m concerned, because the admiral/general believes him to be guilty. He must be guilty of something, or their wouldn’t be any court-martial.’

Because the system is set up the way it is, jurors do not care what happens to the accused, because they have a military career to worry about. Consequently, it is our firm belief that many more innocent people are carted off to prison in the military because of the way the system is set up. At a minimum in the United States Military, a great many more people are over-charged and over-punished. This is when we hear ridiculous, but true stories about people like Lieutenant “Bensen” who was dishonorably discharged for fraternization and a $75 travel claim that he never received money for.

The Court of Military Review and Court of Military Appeals are just rubber-stamp entities. They only know what the military wants them to know, much like the judges of the FISA Court, who only knew what the FBI wanted them to know. There is more than enough evidence to cast doubt on the validity of many military convictions. Major Clarence Anderson III, USAF, Colonel Dan Wilson, USMC, and the list goes on and on.

Women have been known to tear a blouse and falsely accuse someone of attempted rape or sexual assault. On the flip side, women have been assaulted and raped and no one would believe them or act on their complaint. In some cases everyone knew it was true but did nothing, saying stupid shit like… “if you wouldn’t dress like that it wouldn’t have happened.”

One of our readers reminded us that most of the military convictions do not involve a jury trial, because the accused capitulates and pleads guilty. The military has an effective way of “encouraging” military members accused of infractions of law to plead guilty rather than fight it out in a fully contested trial. Most people in the military do not make enough money to defend themselves. A civilian lawyer will charge $300/hr. on the low end.

They’re are many military judges and lawyers who are honorable men and women, but some of these so-called honorable people realize that accused military members are just passing through, while they have to work and conduct business on the base long after the case has been adjudicated. Some military lawyers just go along to get along, and frankly don’t give a damn if their client gets hammered or not.

What is the source of those conviction rate figures? The civilian figures can be found in multiple reports and change from venue to venue. Most district attorneys won’t file charges against anyone unless they can be assured by a deputy district attorney of a conviction. It doesn’t mean the perp didn’t do anything wrong, it just means their is only so much money in the budget, or the DA wants to boast of a 100% conviction rate when he/she goes to run for governor. For the most part, the conviction rate is approximately 70% for civilian convictions overall.

The military wouldn’t dare keep such statistics and if they did, they would not share them with anyone but the joint chiefs. Over the decades, MilitaryCorruption.com has monitored thousands of cases and can tell our readers that a conviction rate for military courts is pretty close to 96%. If you have a report that says otherwise, we are glad to share that with our readers.

WHAT HAPPENED TO MAJOR ANDERSON?

Air Force Major Clarence Anderson III decided to waive his right to a jury and cast his fate to a judge to decide. He may have become a victim of a system that just wanted hides to nail to the wall to be politically correct. He has proof the Secretary of the Air Force lied to a member of Congress.

Major Anderson may have been a victim of pressure from Congress for the military to get “results,” meaning more convictions for those accused of sexual assault. The military were not getting enough convictions because people weren’t being charged for either lack of evidence or bias against complaints by women. But once people are charged in the military, they are almost certain to be convicted because of the way the military judicial system has been crafted.

There were some very interesting issues associated with Major Anderson’s case which tend to raise doubt on his conviction.

Anderson’s ex-wife’s mother made substantial cash payments (possibly as much as $100,000, but at least $10,000) to the ex-wife’s new boyfriend, the same boyfriend who testified at Anderson’s court-martial and later at a post-trial hearing that his relationship with Anderson’s ex-wife didn’t start until after the ex-wife reported the abuse allegations. Fat chance.

This revelation prompted a letter from U.S. Representative Martha Roby of Alabama’s 2nd Congressional District, asking the Convening Authority for a full review of the new information to be weighed against what had been presented at trial.

The ex-wife’s mother said the cash payment was “for the renovations to the boyfriend’s house for the purpose of ensuring that her daughter and grandchildren were going to live in a suitable house with sufficient living space.”

The military judge believed the mother’s assertion, and concluded the boyfriend’s testimony was still credible and that he and the ex-wife were not sexually involved at the time the ex-wife made the allegations against Anderson. Anderson was not granted a new trial or any other relief at a post-conviction hearing. The case was appealed to a three-judge military panel who upheld Anderson’s 2017 conviction.

United States Senator from Alabama Doug Jones sent a letter to the Secretary of the Air Force, asking for clarification as to whether the law was correctly applied during Anderson’s post-trial hearing. According to the letter, Anderson informed Jones that a petition on the matter is currently pending with the Judge Advocate General.

No local criminal charges were brought from any of the three incidents the ex-wife claims resulted in abuse. Major Anderson’s conviction could very well be a railroad job when the Air Force chose to believe the wife in a nasty, contentious custody battle.

Military brass hats want to have better conviction numbers when they appear before Congress. They would love to say… “last year there were 1500 rapes or sexual assaults reported in the military, and we are please to report that 1499 were convicted and thrown in prison.” Whether there were some innocent people in that number is of no consequence to the military, so long as they look good on Capitol Hill.

Military leaders are in constant suck-up mode on Capitol Hill are very quick to toss their own people in prison if it will please the big cash cow that funds our military. A zero-tolerance policy against sexual assault and rape could possibly be a genuine attempt to protect women, but it could also be embraced to get Congress off the back of the military at the expense of fair and just adjudications. Major Anderson could very well have been one of those hides the Air Force wanted to tack to the wall as a trophy and statistic to impress those on Capitol Hill who control the purse for each branch of the military.

A website called: JOHN Q. PUBLIC did a wonderful job of reporting on the Major Anderson case. To catch up on details of his case, we refer our readers to this excellent website.

Major Anderson continues his fight and has written a LETTER to the Inter-American Commission on Human Rights (IACHR), asking them to get involved. They have RESPONDED to him and assigned a case tracking number.