My latest poetry piece, "Deliverance of My Soul," in loving memory of my recently departed cousin... May Your Service to the Divine Universe Be of Goodwill... 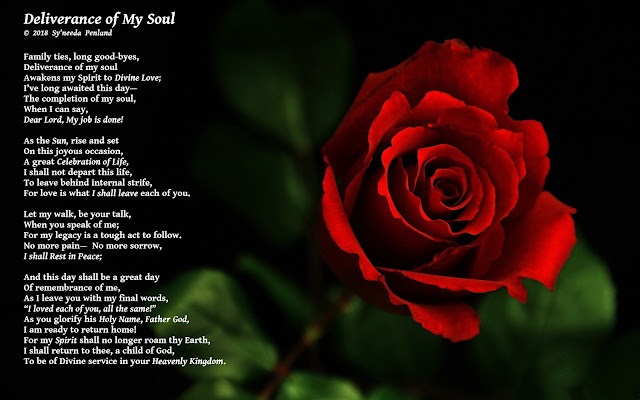 The secret inside your cellphone (CBC Marketplace)

Posted by Syneeda at 2:52 PM No comments: 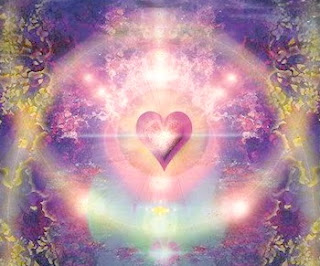 In Jesus’ Name
©  2018  Sy’needa Penland
Children of thy Universe,
I call upon thee,
Receive all that I Am,
Divine Energy.
Waste not!
Want not!
In my realm,
It’s all the same.
Call upon thee,
To absorb your pain,
When you give praise to
My Holy name.
For thee, I Am, above,
Infinite love—
As your energy pours
Into my soul,
Divine life unfolds.
Layer upon layer,
Is where I begin—
Fragments of my essence
exists within.
As skin is to flesh,
Is as your Spirit
To my Divine Soul—
Conjoined within my essence,
Your sacred abode.
My name,
Is your name,
In my realm
It’s all the same.
As I rescue you
From yourself—
Once again,
In Jesus’ name.
Posted by Syneeda at 5:03 PM 2 comments:

From the Archives.....Malik Obama interviewed by Director Joel Gilbert (Dreams from My Real Father)

Former CIA chief John Brennan did not mince his words when taking aim at President Donald Trump on Saturday morning. 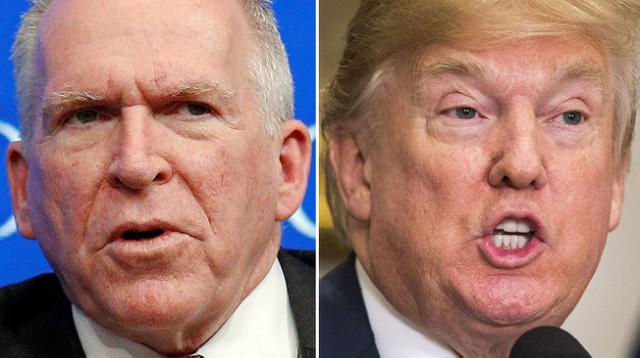 
Trump would take his “rightful place as a disgraced demagogue in the dustbin of history” once “the full extent” of his “venality, moral turpitude, and political corruption becomes known,” Brennan wrote.


“You may scapegoat Andy McCabe,” he added. “But you will not destroy America… America will triumph over you.”

My latest poetry piece, "Save My Soul," Dedicated to the legacy of Dr. Stephen Hawking 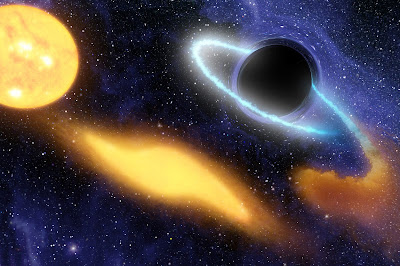 Save My Soul
©  Sy’needa Penland
As my Spirit cries out
To the Divine Universe,
Save my soul, from the chaos
That I’ve created, as new theories
Are being generated,
To prove that one theory
Is more advanced than another.
Mother Universe, free my Spirit
From this wicked curse,
As time is set to go in reverse,
Set my Spirit free,
From the self-destruction
Of humanity.
I am but a brilliant mind,
Who was able to escape
The confines—  of society,
To explore my own reality,
To aide in the enlightenment
Of minds to come.
Sun, as I come before you
To praise at the bequest
Of your almighty throne,
My Spirit shall no longer roam
The Earth.
ebirth my soul into the cosmos—
A place where the average mind
Is afraid to go— as I explore regions
Far beyond your galaxies.
I fear not what is yet to come,
As I rise to the Glory of the rising Sun,
As your Moon shines into my soul,
To guide the light into the darkness
Of your vast Universe.

Posted by Syneeda at 9:50 PM No comments: 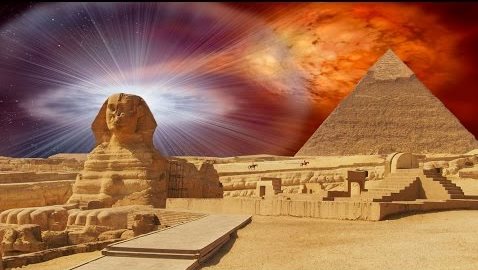 With my pen, I shall begin,
To unfold the layers of time…

It was once a crime
To scribe how I feel,
Because delusions
Of the mind are real.

In my realm,
I feel what I see,
Cosmic energy
Of the Divine,
Who works in synchronicity
With the Galactic Universe,
To intertwine
All forces of nature.

Creatures of habit,
We have become,
As our energy rises and settles
With the Moon and Sun—
Life begun
With but a single spark
From the Divine;
Fragmented pieces
of her heavenly galaxies.

I believe it has been recorded as,
The “Big Bang theory?”
Wow, what a journey,
As we try to fit the pieces
Of the puzzle back together again.

Some may say,
“What a waste of time,”
As you use numbers
To unlock your minds,
In an attempt to decode frequencies—
Cycles of the Cosmic Universe,
During Earth’s Divine mating season.

As my mind comes to reason,
Why our Spirits have become
More enlightened,
To better understand
The Essence of Mother Universe.

Yet when the mind
Seeks to calculate
That which is not natural
to his-her Spirit,
The entire Universe will hear it—
Miscalculation of a
Discombobulated mind!

When you release negative ions
Into the realm, that you call
“Time— Space— Void—  Matter”
You release something
That is unnatural to thy Earth,
As Divine Energy shatters,
To form new particles of her likeness;

As she empowers others,
To become Replicas
Of her Divine Essence,
To absorb your negative energy—
As their synergy is empowered,
They will become the living essence
Of the GOD Particle!

Posted by Syneeda at 1:00 AM No comments: 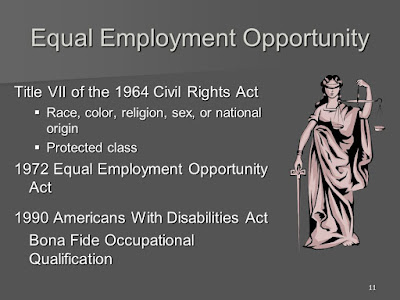 WASHINGTON – The House passed a bill Tuesday that would require members of Congress to pay out of their own pockets for any sexual harassment settlements, and would help victims better navigate the complaint process on Capitol Hill.
“There is no place for sexual harassment or any type of harassment, period," Rep. Gregg Harper, R-Miss., chairman of the House Administration Committee, said before the House vote on the measure.
The House approved the measure by voice vote. It now moves to the Senate.
The bipartisan effort led by Harper, Reps. Jackie Speier, D-Calif., and Rep. Barbara Comstock, R-Va., comes in the wake of sexual harassment allegations spreading across the country — including members of Congress being named in sexual misconduct cases. Several members have recently resigned or announced plans to retire after charges of sexual harassment.
The bill would require members to personally pay any settlements rather than using their office budgets. Congress has come under fire because some settlements against members have been paid with funds from the U.S. Treasury.
“Offenders, themselves, will have to pay," Comstock said.
The House also approved a resolution that would amend the House Code of Conduct to specifically ban sexual relations between a member of Congress and a staffer he or she supervises.
It also would require each office to adopt an anti-harassment and anti-discrimination policy and set up the Office of Employee Advocacy to help employees who complain about sexual harassment navigate the process.
More: Congress has been warned for years it is not doing enough to stop sexual harassment
“This bill empowers survivors," said Speier, who called the effort to address the issue a "rare and crucial moment of bipartisanship."
Speier said members of Congress will now be held responsible for their "bad behavior."
But she said the work is not finished, and that more needs to be done in other workplaces.
Comstock praised the measure but said it should go further and expose members who have paid sexual harassment settlements in the past. Comstock has complained that not all those members have been named.
The House passed a resolution last year that requires members of Congress and their staff to undergo mandatory anti-sexual harassment training. The Senate approved a similar measure.
The new measure would update the 1995 Congressional Accountability Act that applied workplace rules to Congress for the first time.
Full article: https://www.usatoday.com/story/news/politics/2018/02/06/house-passes-bill-force-lawmakers-pay-their-own-sexual-harassment-settlements/311023002/
Food for thought:
I wish this bill extended to military!!   This will be a game changer, if the perpetrators were not only prosecuted but forced, by law, to pay damages to their victims!

When I sued the former Secretary of the Navy, Ray Mabus, for Sexual Harassment, Racial-Sexual Discrimination, and Retaliation, taxpayers paid for his legal defense.   As well as the legal defense of former Defense Secretary(s), Donald Rumsfeld and Dick Cheney, when they were sued by Veterans who'd alleged they’d been raped while on active duty.  And thousands more Veterans have come forward with allegations of sexual harassment and rape…

Imagine a military that upheld full equality, as governed by the Equal Employment Opportunity laws, and personnel are provided a workplace free of discrimination, and fear of being harassed, assaulted or raped by their colleagues, or supervisors?!    But, unfortunately, the Pentagon is given a directive to “govern themselves,” and you wonder why “victims” complaints are ignored!!

Yet, as the momentum continues with the “Gender War,” I’m sure there will be more “casualties” aka “collateral damage” on the battlefield (frontline in combat), as a certain group of women seek to make their mark in history!!  Some things never change!!!
Posted by Syneeda at 11:11 PM No comments:

It's Illegal, But These Marines Are Still Sharing Nudes Of Women In The Military 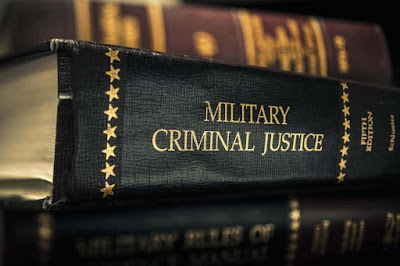 Female military service members are being forced to deal with male service members sharing nude photos of them, reports Vice. The photos were shared through a secret Dropbox account, which reportedly contained hundreds of photos of women throughout all five branches of the armed forces.
Vice describes the images as selfies or images taken by another party. They note that some images also appear to depict the servicewomen engaging in sexual activity. Some of the explicit photos are juxtaposed with fully-clothes images of the women, in an attempt to degrade them further. Dropbox has since deleted the offending folder and its contents.
"It’s been reported through NCIS and the appropriate measures have been taken," said Capt. Christopher Harrison, a Marine Corps spokesperson, to the Military Times. "I believe the site has been taken down."
This is the second time that the Marines have dealt with a non-consensual nude photo sharing or “revenge porn” scandal. Last year, the Center for Investigative Reporting broke the story of a secret Facebook group called Marines United that shared explicit images of female service members. Some of the nude images were tagged “legacy,” meaning they originated from the first revenge porn scandal.
Congress passed a law in December 2017 that made the "wrongful broadcast or distribution of intimate visual images" a criminal offense, subject to military court-martial and dishonorable discharge. 97 Marines were implicated in the original scandal following an investigation; seven were later court-martialed.
The images in the current scandal come from a similar Facebook group that sprung up when Marines United was shut down after the initial scandal broke. Vice ominously notes that there are several other closed male-only Marines Facebook groups that may be trading similar material.
Refinery29 has reached out the Department of Defense and representatives for the Marines for comment.
Full article: https://www.yahoo.com/lifestyle/apos-illegal-marines-still-sharing-221500528.html