Instead of prosecuting the XO for indecent behavior, the CO covers it up!! Typical of the Good Old Boys club!! 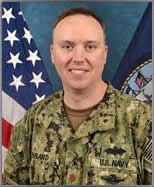 Military Corruption.com reports,
NAVY EXECUTIVE OFFICER FOUND NAKED
AND DRUNK STUMBLING AROUND IN WOODS
ON OKINAWA - LT CMDR JASON GRABBARD
FIRED ALONG WITH COMMANDING OFFICER
AND CMC OF CONSTRUCTION GROUP ONE
CMDR JAMES CHO AND COMMAND MASTER
CHIEF JASON HOLDEN ALSO GET THE BOOT
FOR  TRYING TO COVER UP THE INCIDENT

We don't know for sure if it was booze or drugs that caused a Navy executive officer to self-destruct his career on Okinawa, but we do know this - he found a unique way to end his Naval service.

LT CMDR Jason Grabbard was found staggering around in his birthday suit, except for a pair of boots, in woods near Camp Shields, Okinawa.  The zonked Navy officer had been XO of Naval Construction Group One.  How he ended up in the condition he was found in is not exactly clear.

But two other Navy personnel will long remember Grabbard's bizarre stunt. They have been fired and transferred to Naval Construction Group five at Port Hueneme, Calif. CMDR James Cho, the unit's boss, and Jason Holden, his command master chief, got the axe.

Sources tell us that the commanding officer and his number one enlisted member tried to conceal and cover-up the embarrassing incident, but news of the hi-jinks reached the brass and the word came down to severely punish those involved.

It's likely Cho will remain in the Navy, but his hopes of being a four-striper are gone.  As for CMC Holden, he has more then enough time in to retire with a full pension should he choose to do so.

Navy Commodore Mike Saum made the decision to pull the trigger on all three top leaders of the construction group.  CAPT Nick Yamodis, who used to be the operations officer for the outfit, has taken over as commanding officer until a  permanent replacement for Cho can be assigned.