Trump Accused in Court of ‘Extreme Hostility’ to Women in Combat 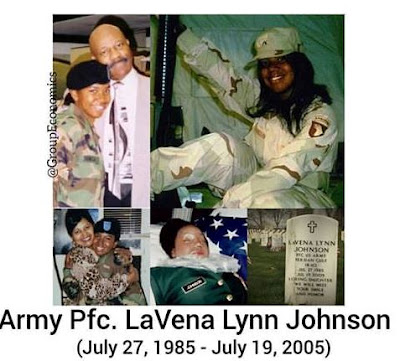 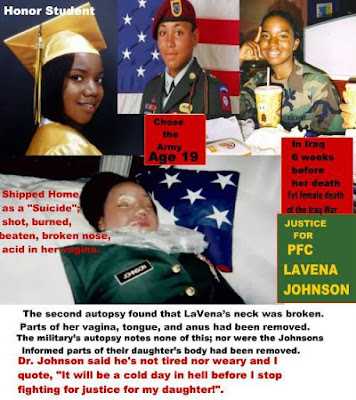 Bloomberg Politics reported, Women in the U.S. military escalated their legal battle for equal footing in combat units, saying the Trump administration has shown “extreme hostility” toward integrating the armed services.
Almost five years after the Obama administration vowed to end gender barriers, the Service Women’s Action Network alleged in court Monday that Trump set the tone for a retreat when he faulted his predecessor on the campaign trail for pursuing a “politically correct military.” The women say the president’s chief of staff, Marine General John Kelly, and Defense Secretary James Mattis also have shown an “animus toward women soldiers” and promoted their continued exclusion from combat units.
In Monday’s filing, an update to a lawsuit first filed in San Francisco federal court in 2012, the women take aim at an Army and Marine Corps policy of “Leaders First,” which bars junior enlisted women from entering combat battalions until two or more “women leaders” have joined those battalions. The Defense Department “has not provided any justification for a policy that deliberately leads to the isolation and segregation of women, either during training or upon accession to a combat arms unit,” according to the complaint.
The women also blast the Marines over “sex-segregated Basic Training,” saying it relegates females to second-class status.
The administration said last month in a filing that while it’s making “substantial progress on the implementation of females into previously closed units and has no plans to reverse that policy, DoD cannot commit that a policy will never be changed in the future.”
https://www.bloomberg.com/news/articles/2017-12-18/trump-accused-in-court-of-extreme-hostility-to-women-in-combat
Food for thought:  As a former “Mustang” Naval officer, having served 7- years prior enlisted, and 13- years as an officer, in a misogynistic male-dominant working, aboard a number of our confined Naval warships, I’ve never supported women serving on the “Front Line” in Combat, especially during our modern-times, where our social culture is brewing ‘EXTREME WAR AMONGST THE SEXES!!!”
And when I look back on the Pentagon's slow integration policies, I think of the brutal Rape and Murder of PFC LaVena Lynn Johnson!!  Who was one of the military's most extreme "Combat Causalities," and LaVena did not lose her life on the battlefield, she was raped, tortured, and murdered in the base camp!!
As a former officer, who experienced an extreme degree of Civil and Human Rights Violations while serving in the Navy, I’ve stood on the sidelines about this issue while "Fighting for Justice, as a Military Whistleblower."
In August, the Board for Correction of Naval Records, denied my clemency request, after citing over a dozen violations of my Civil Rights, but the BCNR recommended I file a new lawsuit in Federal District Court.  I guess to join the "Crusade!!!"
Over the years, I’ve had a chance to speak with a number of veterans that informed me of the “political agenda" surrounding Women’s Roles in the Military, yet not a single politician has introduced a Bill to guarantee Human Rights Protection for Women or other Minority service members, especially members of the LBGT Community.  As their lives are being “lobbied” to become the next “Pawns” in our Military’s War Games!!
I Pray to God that President Trump stands his Ground on this issue, and that Vice President Pence Supports Him!!!!!
Until there is a policy put in place where Men and Women can work together cohesively, without fear of being harmed, or sexually harassed, assaulted or raped by their fellow colleagues, then this issue needs to be tabled until such Law can be enacted and enforced!!


By no means am I not a Champion of Women's (or other minorities) Equal Rights, or the senior advancement of women in the corporate workplace, especially as we continue to thrive in such fields as science, technology, medicine, education, law enforcement, military, etc.

What I'm  appalled by the most is bullying of other women to get ahead!!!!!

Take my prosecution, as a military whistleblower for example....

The initial prosecutor and legal advisor to my former boss, who'd advised him to prosecute me was, in fact, a woman!!!   Navy JAG officer, former Lt. Commander Mei-Ling Marshall.

During her testimony, which is documented in my Record of Trial, and is public record, she openly admitted that she had a personal interest in the outcome of my trail!!

This was due to the fact that as she was being considered for promotion to the rank of commander, "her personnel record was flagged."

Prior to her testimony, she'd learned that I reported her to the Navy IG for blatant acts of Retaliation; as well as tampering of government evidence (erasing  court transcripts of an initial Article 32 preliminary hearing held in mid-2007); witness tampering; forging witness testimonies, and a series of other legal infractions that were not properly investigated by the Navy's EO investigator, Captain Eileen C. Riley, or Navy IG Investigators, Dave Brownell or Tom Sawyer.

Once again, I've sat on the sidelines for several years and watched how Key Women Rights organizations have massed their Armies to stampede the doors of the Oval Office, which is where the final decision lies, to grant the Armed Forces a Human Rights Bill, once and for all; while the Pentagon is campaigning a mass recruitment of Transgenders, "Mentally Impaired" Civilians, and Young Women, to serve on the Frontline in Combat!!

Yet I see this issue as two-fold, if Trump does nothing to resolve this issue, and is ultimately impeached, as Sexual Harassment and Rape claims against him, steady their way to the Justice Department; the decision will rest on the shoulders of Vice President Pence, and the world already knows how he feels about integrating of women to serve in combat roles.  Can you say, "MULAN?!"   But who wants either blood or more cases of rape or sexual assault on their hands?!!!