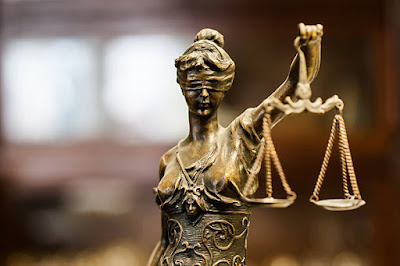 Chief Justice John G. Roberts Jr. announced an initiative Sunday to ensure there are proper procedures in place to protect law clerks and other court employees from sexual harassment, saying it is clear that the federal judiciary “is not immune” from a widespread problem.

The statement, in Roberts’s 2017 State of the Judiciary Report , follows the retirement last month of Judge Alex Kozinski of the U.S. Court of Appeals for the 9th Circuit. The influential 67-year-old judge stepped down after two reports in The Washington Post detailed allegations he had subjected former law clerks and other women to inappropriate sexual behavior.

[Powerful federal judge retires amid sexual harassment investigation]
“Events in recent months have illuminated the depth of the problem of sexual harassment in the workplace, and events in the past few weeks have made clear that the judicial branch is not immune,” Roberts wrote.

“The judiciary will begin 2018 by undertaking a careful evaluation of whether its standards of conduct and its procedures for investigating and correcting inappropriate behavior are adequate to ensure an exemplary workplace for every judge and every court employee.”

Just days after Kozinski’s Dec. 18 retirement, Roberts directed James Duff, director of the Administrative Office of U.S. Courts, to put together a working group to examine the issue. CNN reported at the time that Duff will report back by May 1.

A group of nearly 700 former and current law clerks also sent Roberts a letter requesting action and asking that he highlight the concern in his annual report on the state of the federal judiciary.

“I have great confidence in the men and women who comprise our judiciary,” Roberts wrote. “I am sure that the overwhelming number have no tolerance for harassment and share the view that victims must have clear and immediate recourse to effective remedies.”

Of particular concern has been the relationships between judges and their law clerks — usually recent law school graduates whose careers are significantly boosted by a year working with a federal judge, particularly on one of the 12 courts of appeal.

There is a natural reluctance to complain about a judge instrumental to their futures, the clerks said, and it was even unclear as to whom such reports would be directed.

Wow…  So “Whom would such reports be directed?,” is a good question!!!

This is like begging the question,
“Who will further investigate complaints of sexual harassment, rape and other complaints of Civil Rights violations in the Armed Forces?!”   Independent of the military’s internal investigators, and it's CORRUPTED Judge Advocate General Corps, whose job is to protect the chain of command, not prosecute them!!

I say this, as KEY politicians and Women Right’s Advocacy groups continue to push the agenda for women to serve on the Front Line in Combat, as well as fully integrating Transgenders to serve in the military.    Which may only serve a purpose now, but what happens when they decide to "switch gender roles" (identity) later on, and the quotas (working positions) become disproportionate?!

Let’s not fool ourselves,  to think that these young girls-guys will not be sexually assaulted or raped, especially as more and more “mentally challenged” and extreme segregationists are being recruited during this Era of America's Equality Movement.

On the outside looking in, as we await the final aftermath, and more cases of military Rape and Sexual Assault are reported to Congress, “Both sides of the House will finally agree,“I told you so!!”

Yet, my Sexual Harassment, Discrimination and Retaliation Civil Action case was a clear enough answer to “Who has authority over the military?!”

This is why I’ve yet to pursue filing a new petition in the Federal District Court...  In the Navy’s response to Judge Collyer’s Remand Order, that I received in August, they all but admitted their incompetency of mishandling my case, from beginning to the end, yet challenged me to file a new petition.

After watching the Transgender Civil Action case play itself out in Federal Court, I’m truly convinced that Congress and our Federal District Court allows the military to be in charge of itself!!    So why waste my energy?!   It was never about the money!!!  I'm a woman of principle!!   And to not consider Human Rights Protection within our Workplaces, while pursuing Equality in the workplace, speaks volumes of our "So Called Leaders, on Capitol Hill!!"    While Fighting for Justice in my Case, I've been able to see how our court systems and Congress are tightly interwoven!!   And I'm appalled at how they have lost focus!!

Yet in the misogynistic culture, that serves as the backbone of our society, we have lost our sense of morality, and our duty and responsibility, to not only properly mentor our younger generation, as they join the ranks of our professional working class; we have also failed to ensure they are provided a workplace that is FREE OF SEXUAL HARASSMENT or DISCRIMINATION of ANY KIND!!

I was young once, and I understand how our kids will “push the limits” (at home and at work) to get what they want, but during my enlisted years in the Navy, we held open forum "General Military Training" at least once a quarter,  to reinforce the Navy’s Core Values.  Over time, the training was reduced to an online survey, as complaints of sexual misconduct increased.

Although I was not considered a “Poster Girl” for Equal Employment, as far as the Pentagon is concerned, in my heart, I believe in Respect towards others,  and Equal Employment Opportunity in the Workplace, Free of Civil and Human Rights violations!!

As we close out this year and reflect back on what needs to be improved upon in America’s society, especially in the workplace, let us be reminded of Dr. King’s vision for Equality, “Injustice anywhere is a threat to Justice Everywhere!!!”
Posted by Syneeda at 11:07 PM