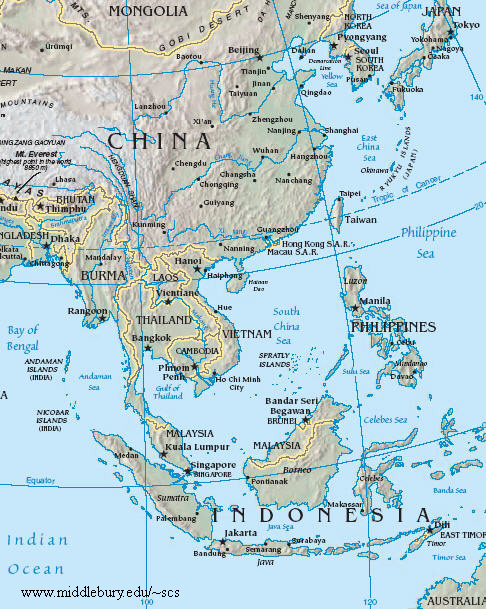 Beijing urged the United States to stop its "wrong behavior" after a US naval vessel was warned away from China's territorial waters off the Xisha Islands in the South China Sea on Tuesday.

The Chafee, a US guided-missile destroyer, made an unauthorized entry into the nation's territorial waters, the defense and foreign ministries said on Wednesday.

China dispatched a guided-missile frigate, two fighter jets and a helicopter "in an emergency response" and warned the US ship to leave, the Defense Ministry said in a statement.

China is "resolutely opposed" to the unauthorized entry, and has lodged "solemn representations" to the US, according to Foreign Ministry spokeswoman Hua Chunying.

The Chinese government announced the baseline of the territorial sea off the islands in 1996 under the Law of the People's Republic of China on the Territorial Sea and the Contiguous Zone.

"The US military vessel's behavior violated China's law and international law, which severely impaired China's sovereignty and security interests and threatened the safety of the front-line personnel of both sides," Hua said.

China urged the US to respect China's sovereignty and security interests, as well as the efforts that countries in the region have made to maintain peace in the South China Sea, Hua added.

The unauthorized entry, which the Defense Ministry said "will easily trigger accidents", came after another US naval vessel entered China's territorial waters near the islands without the permission in July.

The Chinese military will improve its defense capacities "against the US military's repeated provocations", the Defense Ministry said.

Zhang Junshe, a researcher at the PLA Naval Military Studies Research Institute, said the unauthorized entry undermines peace in the South China Sea, as well as the international maritime order.


The situation in the sea has been stabilizing as parties involved have agreed to solve disputes peacefully through talks, and the US is being a "troublemaker" by making such unauthorized entries, Zhang said.