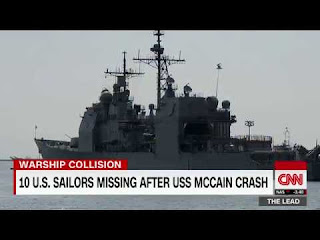 In the wake of the Navy’s ongoing collisions at sea, I highly encourage our young Sailors to adhere to Federal Regulations, as it applies to Rules for Preventing Collisions Afloat and in the Air.

While the Pentagon and Congress prepare to commence JAGMAN investigations into these incidents and hold 'responsible' personnel accountable, I highly encourage individuals with any knowledge of further violations of Navy Regulations to report your concerns by means of protected communications to a member of Congress or the DoD Inspector General.

1139.   Rules for Preventing Collisions Afloat and in the Air.

1.  All persons in the naval service responsible for the operation of naval ships, craft and aircraft shall diligently observe the International Regulations for Preventing Collisions at Sea (Commonly called the COLREGS), the Inland Navigation Rules, domestic and international air traffic regulations, and such other rules regulations as may be established by the Secretary of Transportation or other competent authority for regulating traffic and preventing collisions on the high seas, in inland waters or in the air, where such laws, rules and regulations are applicable to naval ships and aircraft.  In those situations where such law, rule or regulation is not applicable to naval ships, craft or aircraft, they shall be operated with due regard for safety of others.

2.  Any significant infraction of the laws, rules and regulations governing traffic or designed to prevent collisions on the high seas, in inland waters or in the air which may be observed by persons in the naval service shall be promptly reported to their superiors, including the Chief of Naval Operations or the Commandant of the Marine Corps when appropriate.

3.  Reports need not be made under this article if the facts are otherwise reported in accordance with other directives, including duly authorized programs. 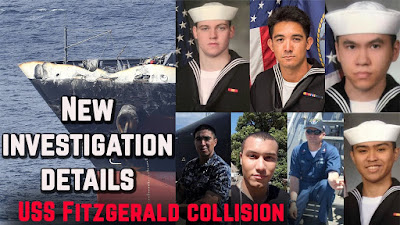 Department of Defense
Whistleblower Program
Our investigators, auditors, evaluators and inspectors rely on whistleblowers to provide information as a source of allegations and as original and corroborating evidence.

Federal employees within the Executive are required to report corruption.  When they do so through the Inspector General Act of 1978, the DoD IG can investigate alleged reprisal against those whistleblowers.

Whistleblowing is not a ‘nice to have’ function; it is essential to the national security and defense mission of the Federal government.

Our sources come to us personally; others are interviewees in our investigations, audits, evaluations, and inspections.  They can be Qui Tam relators under the False Claims Act, reporting to the Congress under the Intelligence Community Whistleblower Protection Act, a participant in the Contractor Disclosure Program, or the Defense Hotline.

To report corruption:
SUBMIT A WHISTLEBLOWING OR REPRISAL COMPLAINT
TO THE DOD HOTLINE

This is really good information to know. I will surely add this to my favorites.