"A member of the House Armed Services Committee called Wednesday for the Marines accused of sharing nude photos of female service members to be fired," reports The Hill.com 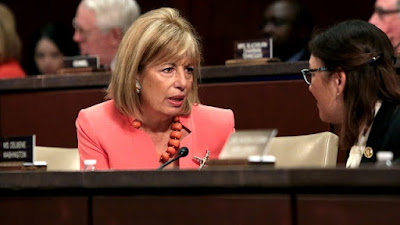 In a speech on the House floor, Rep. Jackie Speier (D-Calif.) urged Defense Secretary James Mattis to “hold your leadership accountable for these failures to establish a culture of dramatic change.”

“That means heads should roll,” Speier said. “Action is what needed for the integrity of the military. Survivors must be supported. That will only happen if those bad Marines are drummed out of the Corps, with no exceptions.”

The War Horse, a nonprofit military news organization, reported over the weekend that the Naval Criminal Investigative Service was probing allegations that hundreds of Marines shared nude photos and personal information of female Marines and veterans in a private Facebook group. The Facebook group, called "Marines United," had nearly 30,000 followers.

Some photos were allegedly taken and posted without the women’s knowledge or were meant to remain private. Comments on the page reportedly included rape threats.

Gen. Robert Neller, commandant of the Marine Corps, said Tuesday that the Marines accused of sharing the nude photos “acted selfishly and unprofessionally.”

“It’s embarrassing to our Corps, to our families and to the nation,” Neller said in a video statement.

“We will ensure that the investigative process that is ongoing will ensure the reporting of conduct that is like this,” he said. “If changes need to be made, they will be made.”

Speier argued that merely expressing alarm about Marines sharing nude photos of their colleagues wasn’t enough, saying that the scandal reflected a broader cultural problem within the military.

“I fear that military leadership will say anything to placate Congress and an outraged public, but then do nothing,” she said.

“This is not about sex or fun or ‘boys will be boys.’ This is about the Marines deliberately trying to degrade, humiliate and threaten fellow Marines.” 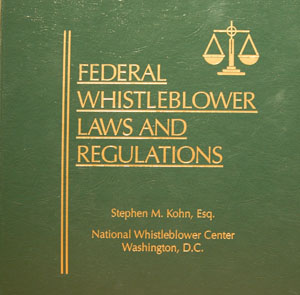 "Degrade, Humiliate and Threaten" a colleague, was exactly what I experienced throughout my Reprisal experience as a Military Whistleblower.

After I’d uncovered and investigated defense contract fraud within the Navy Expeditionary Combat Command (NECC) community and contract bid rigging with a defense company, Logistics Support Inc., and reported my findings outside the command’s jurisdiction, I was reprised against in the worse possible way.

Senior members of the Navy’s JAG community used Nude photographs to threaten me to remain quiet about my findings.  I was fired from my position and was forced to “call in” every morning while the Navy built a “sex” case against me.

By the time I’d reported their Reprisal Acts to the office of the Secretary of the Navy, I’d been approached by senior officers, contractors, and enlisted Sailors, informing me that that have seen “nude pictures” alleged to be of me, along with statements that were written by the command’s JAG, LCDR Mei-Ling Marshall, on behalf of the estranged wife.  I detail these events in my memoir, “Broken Silence, a Military Whistleblower’s Fight for Justice.”

During the Navy’s plea bargain process, my defense attorney(s) met with “senior” command officials who stated, on numerous occasions, they need to "guarantee a conviction to prove my fraud allegations as frivolous.  In their pursuit to silence me, the JAG, LCDR Marshall, tampered with government evidence by erasing the court recorded transcripts of a 2007 preliminary hearing, where the preliminary investigator testified to her personal involvement in my prosecution, as she later testified to the same.  A second preliminary hearing was held a week or two before my Courts Martial trial, this time, to ensure I was Guilty!!

Thanks to Honorable Rosemary Collyer, my Reprisal concerns were addressed, but the Navy’s Board for Correction of Naval Records sees otherwise.  Which concerns me about “Whistleblower Protection and Reprisal” against the Victims of this particular tragic scandal, should they pursue legal actions against their colleagues for wrongfully distributing nude photographs.

What else concerns me is, “Marines taking actions into their own hands!!”

I’ve read several Facebook posts from junior Marines, informing female MST Victims/Survivors, “Not to Worry, We Will Handle this!!”

This spells “Trouble within the Ranks!!”