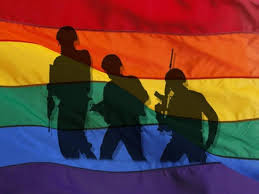 AP — Within weeks of the Pentagon allowing transgender service members to serve openly, Army officials said 10 soldiers have formally asked to be recognized as their new, preferred gender.

The small number represents only those who have publicly said they are transgender, and doesn't include soldiers who may be considering or beginning gender transition or those who don't yet want to make an official paperwork change.

Gen. Mark Milley, Army chief of staff, said the key is to educate the force, particularly commanders who will have to make decisions about soldiers in their units who request a gender change.

"Is the Army ready? Well, we are educating ourselves, and we are trying to get ready," Milley said in an interview with The Associated Press. "We're well-past the issue of debating and arguing about transgender. We are now into execution, to make sure the program is carried out with diligence, dignity, respect."

Transgender troops are able to receive medical care and begin changing their gender identifications in the Pentagon's personnel system. Next year, the military services will begin allowing transgender individuals to enlist, as long as they meet required standards and have been stable in their identified gender for 18 months.

"We're monitoring implementation closely, and everything we've seen so far points to a military organization fully committed to treating everyone equally and providing medically necessary care to all troops, not just some," said Aaron Belkin, director of the California-based Palm Center, an independent research institute. "My conclusion, so far, is that implementation has proceeded smoothly and successfully."

Milley and other military leaders expressed concerns that the department was moving too fast. 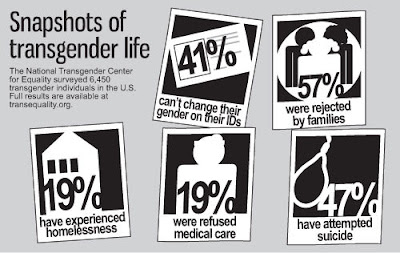 "The issue to do it or not to do it, to me is not an issue — the answer is yes," Milley said. "The question of how to do it so that it is deliberate, well thought out, executed with professionalism — that's a horse of a different color. Frankly I asked for more time."

Milley said he did a lot of "self-education," meeting with transgender individuals, both military and civilian, as well as other groups.

Now, he said, the Army is getting education programs out to the force to make sure troops and commanders know the new rules, process, medical criteria and who has the authority to make decisions on a service member's gender change.

Under the new Army guidelines, training must be developed by Nov. 1, and it must be completed throughout the force by next July…

Wow...  The Pentagon is definitely under pressure to "evolve" our military to mimic the likes of our "private sector," which in my view is becoming "Anything goes!" Or always has been but not fully recognized or accepted by the mainstream "Norms."  But what's normal nowadays?!

Sooner or later this BOLD initiative will sweep across all branches of services, increasing the statistics of Civil and Human violations.  Look at the ongoing sexual harassment, discrimination, rape and sexual assault epidemic and more victim/survivors are still coming forward to present their cases before the Department of Veterans Affairs.

Although I'm a strong proponent of equality, there are thousands of service members in the rank and file that are not, which alarms me. 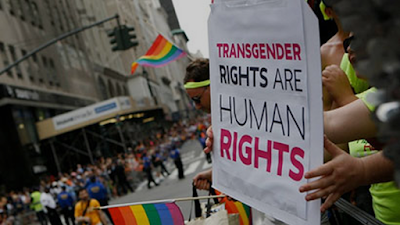 I strongly encourage all members of the Transgender community to pressure your Congressional Representatives to guarantee that your Civil and Human Rights WILL BE PROTECTED before you put your personal safety in the hands of military unit commanders and their subordinate staff, who care more about protecting their career trajectory and promotion opportunities rather than upholding your Constitutional rights.

My nearly 10-year-old Civil Action/Retaliation case is a classic example of what happens to minorities who report violations of their Civil and subsequent Human Rights, they are retaliated  against, punished and are lucky to survive to tell their story.

My memoir Broken Silence, a Military Whistleblower's Fight for Justice, offers a 20-year account of what my life was like as a Black Woman serving in a White man's Navy, enduring ongoing civil rights abuse, disparate treatment, and subsequent human rights abuse.

As a survivor of such mistreatment,  I strongly encourage our politicians, from either side of the House, to have the courage enough to present a Human Rights bill before the floor, to guarantee Human Rights protection of all servicemembers, should their Rights be violated, the offense will be punishable under the UCMJ.  Including punishment of the Unit commander's failure to uphold the member's Civil and Human Rights!
Posted by Syneeda at 1:07 PM