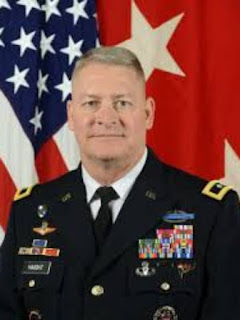 Food for thought:
Since my adultery conviction in 2008, I'm deeply saddened that the Navy continues to deny me fair and equal justice, which is my hard-earned pension, especially after more and more senior ranking officers are coming under fire for Adultery and Swinging!!


Several years ago, I was contacted by someone who identified herself as being a mistress of Navy JAG officer, Kevin Messer, who prosecuted my adultery case. She was upset that he'd cheated on her with another woman during his unaccompanied assignment in DC. According to his mistress, he was also cheating on his wife while he was prosecuting my case, yet I remain the only "SINGLE" military officer to be sentenced to serve time in prison, fined and discharged from the Navy, 5 months shy of earning my retirement pension.

With so much disparity within our military ranks, systemic sexual assault, harassment and of course rape, the attitude of our top brass is to ignore these problems, meanwhile, families are being broken apart because this type of behavior is permissible.

Over the years, I've accepted the fact that I was punished for being a whistleblower because I uncovered a string of corruption involving corrupted officers and defense contractors, which seems to be the military's norm nowadays, but to allow our top leaders to go unpunished for "Sex Crimes" is a disgrace to the very uniform they wear!!!
Posted by Syneeda at 11:37 PM

Sy,
Do you recall the Navy's adultery sex scandal involving Adm. John Stufflbeem. He had ongoing sexual relations in the White House with a federal employee after lying to his mistress, telling her that he was a widower and that his wife had died of cancer. The affair took place in the 90s under the Bush Administration. Lucky for Big John, which is what the ladies called him, he was able to negotiate a lucrative retirement package on his way out the door. Maybe Gen. Haught’s legal team will do the same for him.

Unfortunately for you the Navy really screwed you over. Pardon the pun. If President Obama cared anything about Black Americans and disabled veterans, he would have pardoned you already.

Good luck kiddo and I’m looking forward to seeing your next news interview, I love those cheek bones!

Anon, Please don't remind me of how I got screwed by the Navy!! My other "cheeks" are still sore as a result of it!! Pardon the pun…

Yet this case, like dozens of other military sex crimes comes as no surprise. Check out militarycorruption.com for an archive of military sex sandals. Make sure you have some Pepto-Bismol handy.

When I was working on my memoir I had a positive editing team who kept me focused on the issues at hand, which was fraud and wasteful spending. I wanted to truly blow the whistle on the dozens of sex scandals I was aware of. Fortunately, the Fat Leonard fraud scandal served as enough evidence to prove how the Navy's top brass overindulge in their sexual exploitations as well as corruption.

Yet when I served with the military's Joint Forces in Korea, every weekend was pretty much a sex party at the Dragon Hill Lodge hotel, at least the Army kept the blacks officers and enlisted men confined to the base, but just outside the gates, the white officers, enlisted men, civilian contractors and visiting dignitaries enjoyed the Red-Light district, which was a pleasure house filled with bars and local prostitutes. During my assignment, I became acquainted with a few African “hairstylists” who moved to Korea just so they could make money as a prostitute, servicing “unaccompanied” DoD personnel.

Yet “Swinging” seems to be the norm nowadays, “The higher your rank the stronger your appetite.” When I served on active duty, sex was considered a major perk of the job, especially overseas. But I’m surprised this General played loose with his Johnson, continuing his sexual exploits at home!!

In my view, he deserves to be punished, especially because he lied to his family for all those years. His case deserves to be in the Hall of Shame along with General David Petraeus.