The Navy SEALs' boss, Rear Adm. Brian Losey, is set to retire this week, closing a chapter on the high-level dispute that exposed rifts between lawmakers, the Navy and the retired admiral community. 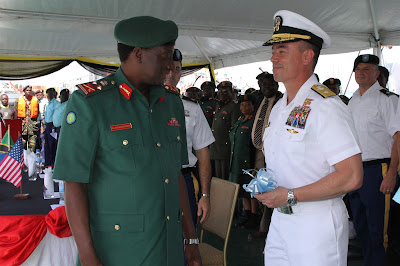 Rear Adm. Brian Losey, the head of Naval Special Warfare Command, led the prestigious command for three years and was cleared by the Navy for a promotion. That move was only shelved under congressional pressure after it emerged that Losey was found to have retaliated against three staffers at a previous command.

As long as the Pentagon's top brass is allowed to "police themselves," military personnel will be subjected to ongoing “blatant” Civil and Human rights violations, which was the case throughout my nearly 20 years of active duty service.

I strongly encourage any and all victims of military retaliation or other forms of military workplace abuse to file a Civil Action lawsuit against your service Secretary; it is the only way to protect our military workforce from abuse of authority from senior members within their chain of command.

For more details about my "Retaliation" case, read my memoir, "Broken Silence, A Military Whistleblower's Fight for Justice."

Until veterans and civil service employees hold the Pentagon accountable for its failure to grant Civil Rights protection to those serving within the ranks of our Armed Forces, the abuse of authority from senior ranking officials will eventually unravel the moral fabric of our nation!!

We cannot allow Greed and the thirst for Control and Power to destroy Humanity!! 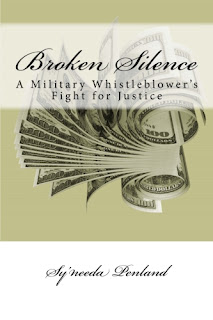 Syneeda, Thank you for your service and bravery for speaking out against the Pentagon's abuse of power and retaliation when you last served on active duty. You also reported fraud, Bravo Zulu!

You didn't deserve to be punished for putting them on blast but more veterans should step forward to speak out about the military's poor leadership and lack of respect for humanity, as you put it.

Unlike Donald Trump, You deserve a Purple Heart!!

How Congress can continue to lie to the public, defending the Pentagon's mistreatment of military personnel and veterans, allowing so many to be raped and assaulted yet they only bark when they are being bullied by the military's top brass.