Former Fox News on-air personality, Andrea Tantaros, recently filed a sexual-harassment lawsuit against Fox News and CEO Roger Ailes, alleging that the network’s executives actively retaliated against her, after she repeatedly complained about inappropriate conduct in the workplace.

I've truly had to humble myself before deciding to comment on this particular "Sexual Harassment issue."

Unlike Andrea Tantaros, victims of military sexual assault, rape, discrimination, and other blatant Civil and subsequent Human Rights crimes cannot file a lawsuit and demand millions from the Pentagon.    Instead, we are forced to rely on the snail pace of Congress, and President Obama's administration to enact and enforce better legislation to preserve the Constitutional Rights of military personnel,  as it relates to Civil and Human Rights protection. 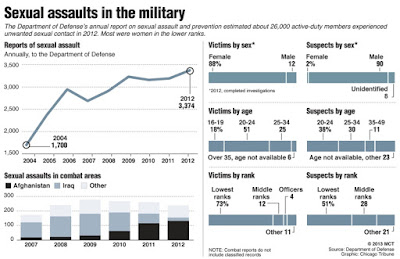 Statistics have shown, for decades, military personnel have encountered  various degrees of Civil and Human rights violations, from rape to sexual assault, sexual harassment and of course, racial discrimination and retaliation, which was sadly my case.

But I must agree with Andrea, there is a certain misogynistic culture that exists in the Fox News "Good old Boys club.”  I experienced it first hand when I invited a local Fox 5 News reporter to my house, in May.  This came several weeks after I’d received the final outcome of my 3-year old Civil Action case against the Secretary of the Navy, Ray Mabus, initially filed on the grounds of Sexual and Racial Discrimination and Whistleblower Retaliation.

I reached out to the reporter nearly 4 years ago, after being introduced to him by a friend.  I was also impressed by his in-depth coverage of a FBI sting investigation involving an Army defense contractor, committing fraud against the government. 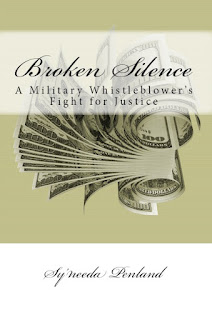 I’d promise the Fox News reporter an in-depth interview after the publication of my memoir, 'Broken Silence, a Military Whistleblower’s Fight for Justice,’ and upon receipt of the final outcome of my Civil Action case.  In  mid-April, Judge Collyer made her final ruling, citing whistleblower retaliation, remanding my case to the Navy for final adjudication on my pension benefits.

When the Fox reporter and his producer friend (the cameraman) arrived at my house, they seemed to have one thing in mind, “seeing nude photographs.” Within the first 5 minutes of the interview, the Fox reporter brashly dismissed any discussion about military veterans’ sexual harassment and other "sex crimes," his tone and sentiments were much like Andrea’s. 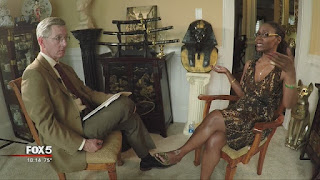 After being raked over the coals for nearly 2-hours, he justified his aggressiveness, harsh interrogation tactics  and insistence on seeing "nude photos" by stating, “I have to give the Network Executives exactly what they want!!”   When I called the Fox News director to share with him my horrific experience, he also inquired whether or not I'd shown the reporter nude photographs.  Wow, talk about “preying on disabled military veterans.”

The reporter was fully aware that I’m a disabled veteran who suffers from PTSD and the experience has since caused a major relapse in my therapy recovery treatment.

Fox News obviously doesn’t care about sex crimes committed against military veterans’ but would rather exploit our issues for ratings.     Instead of being a part of the problem, be part of the solution... 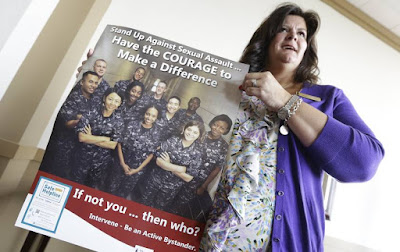