As the Pentagon implements sweeping changes to the face of the military, four veteran Representatives have something to say, according to the Washington Post... 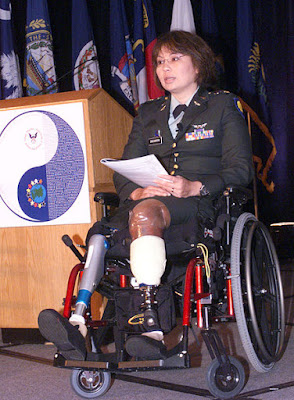 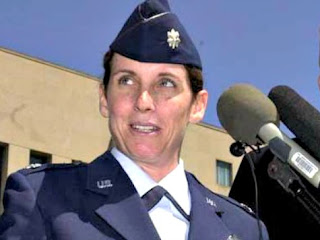 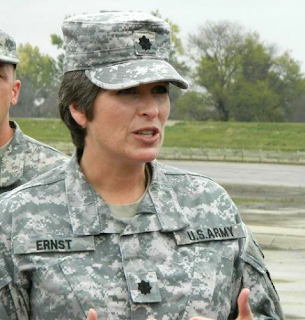 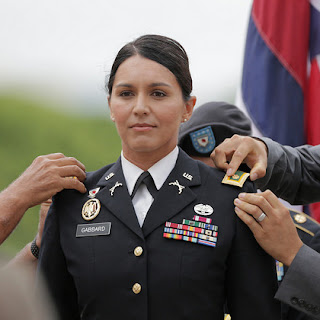 Food for thought:
In the wake of ongoing Congressional debates over the safety and (lack of) civil rights protection of active duty military service members, who are forced to work alongside “unregistered” military sex offenders (males and females alike), representatives from Illinois, Arizona, Iowa and Hawaii, are speaking out about the ongoing progress of our “hard-charging” military women who have broken through barriers to finally serve in combat related roles, gaining a more competitive edge against their male counterparts.

Meanwhile, as the ‘sisters-in-arms' voices remain silent regarding female military sex offenders, I pray that ongoing Civil and Human Rights abuse against our young service members find some immediate resolve by the sitting Commander in Chief, President Barack Obama.

Having served under his command when he was first elected,  in 2008, I endured blatant workplace abuse after being targeted by senior Pentagon officials when I initially attempted to report crimes of Civil Rights violations to the Secretary of the Navy, Ray Mabus, while assigned as a senior budget advisor within the Navy's Expeditionary Warfare community.

I recall the Navy’s brig commander's response to my adultery conviction, stating, “When the Navy decides to prosecute Sailors for adultery, I will need a heads up so we can build more prison space.” I'm sure the brig's expansion can now accommodate military sex offenders since my unprecedented conviction.

In early April, Judge Rosemary Collyer made her final ruling on my 3-year old Civil Action case, ruling in my favor, substantiating that I was retaliated against as a military whistleblower.  She remanded my case back to the BCNR, who continues to stall on making their decision on instating my hard-earned pension benefits!!

Sadly, I’m not the only military veteran that is being forced to endure ongoing Human Rights abuse after being traumatized and victimized by military command officials who would rather take the law into their own hands when it comes to "upholding" established case laws for civil rights protection of our active duty service members.

While Congress continues to "debate" our claims of Civil and Human Rights abuse, our “cases” are referred to the Department of Veterans Affairs, to further their medical research on military veterans.

My case is a classic demonstration of what happens to a Black woman when she steps off the plantation, only to become a targeted whistleblower, while posing as a potential threat to her competitive and greedy colleagues, who will stop at nothing to earn a promotion or get away with committing fraud against the government!!

Meanwhile, there is still a present threat of sexual predators lurking throughout the ranks of our Armed Forces, most notably within the officer ranks. 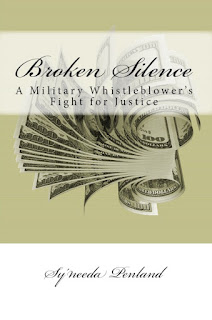 In the later chapters of my memoir, Broken Silence, a Military Whistleblower's Fight for Justice, I highlight the key role the command’s JAG, (then) LCDR Mei Ling Marshall, played in my selective prosecution, going as far as destroying the court transcripts of my first Article 32 preliminary hearing.  Her professional misconduct,  legal abuse of authority and Conduct unbecoming an Officer was enough to get her disbarred, yet she stood behind her promise to ensure I was punished and sentenced to spend time in prison for nearly ruining her chances for promotion to commander.

Her unlawful actions, along with others involved in my Retaliation case, forced me to report their criminal activity via a Qui Tam lawsuit with the DoJ's Anti-Trust division, reporting incriminating evidence of fraud, revolving door practices, defense contract bid-rigging, along with a laundry list of other criminal activity.

Due to the Pentagon's extended reach within the DoJ, my Qui Tam lawsuit never came to fruition.  After being denied a fair and impartial review of my initial application to the BCNR, I was forced to file a Civil Action lawsuit against the Secretary of the Navy for Civil and Human Rights abuse, thus establishing a legal precedent for further action if necessary.

As a prior enlisted "Mustang" officer, I personally witnessed when fraternization, rape, sexual harassment and discrimination (racial and sexual) gets out of control.  I also witnessed how Civil and Human rights violations are mishandled at the lowest command level, when promotion becomes more of a priority than upholding an employees’ Civil and Human rights!!

The only true “make-over” the military needs is a federal law enforcing Human Rights protection and a separate “independent” commission to investigate crimes of Civil and Human Rights violations, similar to the Secretary of Labor EEOC "Civil Rights" management program!!

As we evolve our military into a better fighting force, tapping into the resources of our younger generation, let us not forget that the basic Constitutional Rights of our workforce must be up-hold to better establish a more synergetic workplace, while honoring the military’s ceremonial traditions (independent of hazing).

Our younger generation is just as sensitive as they are intelligent and we must learn to capitalize on their genius, not forcibly, but fairly!!


There is no sense in bullying one another on Capitol Hill because when the new laws are implemented and ordered to be carried out, our young girls and boys will pay the ultimate price during training, while working onboard ships and other workplaces, long before they face the battlefield in combat roles against our foreign “enemies.”
Posted by Syneeda at 12:28 AM

Sy, I guess you didn't read the Sister-Hood "Survivor's Handbook," they typically distribute it to females that join the Marine Corps and the Army. There are just as many lesbians that prey on innocent victims and they have been bullying members of Congress for years.

Yet I'm surprise none of them have approached you to join the "band of brothers" which is the new makeover of our Armed Forces, gender sex-change. Our military is about to become a worldwide freak show!!

Be glad you are out kiddo and move on with your life because these lesbians don't care about you or your case. It's about castrating our fighting men and getting a home team advantage should Hillary become the next Commander in Chief.

This is not your type of fight. We trained you well, how to get along with us, not fight against us!