SALON reports, "Military Violence and Scandal: We Need a Public Discussion of the Sexual Assault Epidemic in our Armed Forces." 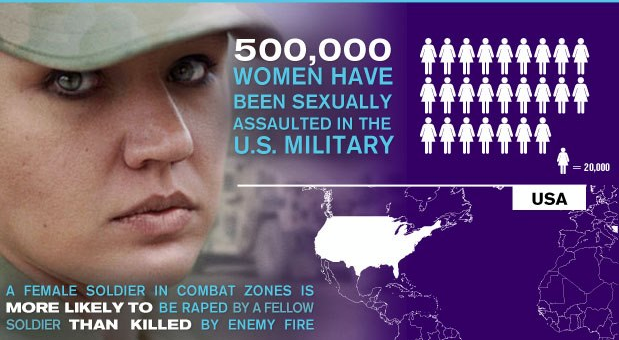 “The understandable and natural impulse to honor sacrifice, and award valor, has mutated into a cover story for high levels of violence against innocent people, especially women. It has become nearly impossible to travel anywhere in the United States, or go a few days, without hearing maudlin amplification of tributes to the “heroes” of the American military. Many active duty servicemen and women, and combat veterans, are certainly worthy of praise and gratitude, but the insistence on treating every current and former military member as a secular god, as ritual in the ongoing glorification of the military, allows horrific problems of rape, sexual abuse, and domestic violence to fester and bleed.

The tragic irony is that the victims of America’s societal negligence on military scandals are military members themselves, along with the closely related group who sacrifice in silence – military family members.

It is hardly a surprise that the television media has emphasized Micah Johnson’s connections with black militancy, rather than his status as an Army veteran. Clearly, Johnson was not a good representation of the military, and he was not the typical veteran. There are millions of veterans in the United States, and the problem with assigning the honorific “hero” to each one is that it denies the human and historical reality that any collection of people – large or small – usually contains the ethical and the evil; the kind and the cruel. Johnson, because of his slaughter of innocent people, is among the worst of the worst, but there are elements of his past that, as uncomfortable as it makes people, are not foreign to American military culture.

Those elements deserve scrutiny, rather than shadowing. The need for an honest evaluation of the military’s flaws and failures becomes an imperative for those with a sincere and substantive desire to “support the troops.”

Superiors of Johnson accused the deceased murderer of “egregious sexual harassment,” while he was serving deployment in Afghanistan. They recommended he receive a dishonorable discharge, but for reasons unknown to them, he left the military with an honorable discharge. Sexual harassment, and even assault, is a crime familiar to many women veterans, and the consistent ability of assailants to escape any and all consequences for their sinister acts of sadism, is a continual source of suffering for women who have already endured pain and trauma.

Recent research from the Department of Veterans Affairs indicates that two out of every five military women experience sexual trauma during service. An inquiry into the crisis of sexual assault from former Congresswoman Jane Harman found that in one California veterans hospital, four out of every ten women were raped by fellow soldiers. When sexual violence against men becomes part of the calculus, there are an estimated 38 rapes in the military every single day. Following the physical assault, there is often a bureaucratic rape of emotional and mental health. The RAND Corporation discovered that 62 percent of women who reported their victimization to military superiors experienced professional and social retaliation.

Public discussion of the sexual assault epidemic in the military is rarely audible over the cacophony of phony patriotic imbecility, disguised as indignation. The cheap “How dare you criticize our heroes” sentimentality deflects attention away from the reality that “our heroes” are the ones whose lives undergo destruction at the hands of the minority of sexual predators in the military, and the institutional bias and corruption shielding them from punishment. Genuine patriotism would provide protection for the military members who, in their voluntary duty, experience the worst form of violent and bureaucratic betrayal….” 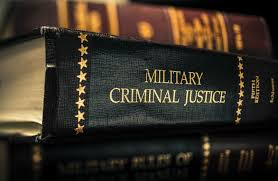 It appears the debate on the Military’s Rape and Sexual Assault Epidemic is circling around again.  Let’s hope this time around it gains enough momentum to properly address ongoing Civil Rights and Human Rights violations committed against our service members, for decades!!

This issue deserves more than mere public discussion, it deserves Concrete Law, to hold senior Pentagon officials accountable for the health, comfort and welfare of ALL personnel assigned to their unit.

Equality is paramount throughout all facets of our daily lives, occupations and especially in the workplace.   No different than the equality message that is being amplified during the ongoing Black Lives Matter Movement; Veterans’ Lives Matter!!! And ALL American citizens deserve blanketed protection under a nationwide Human Rights Law!!
Posted by Syneeda at 1:44 PM

It appears that African American male veterans seems to be the new target for Feminist group organizations to amplify their cause. Those white "gay" women have never been able to stand up to their own kind so they decided to bully someone who can't defend himself. May he RIP. Shame on Salon for covering this story in such a way.

There is no morality in America, it appears that anything goes, from "rape, murder, police brutality, police murders, child sex slave, child rape and molestation. Even America's potential President, Donald Trump appears to want to turn the White House into Playboy Manor at 1600 Pennsylvania Ave. to show off his billionaire friends. Talk about morality lost!!