Military Corruption is Rooted to the Core of the Pentagon 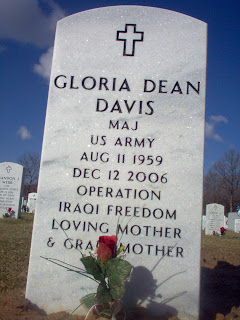 Over a decade ago, which seems like yesterday, my best friend and confidant was caught in a dangerous Web of Army Corruption which ultimately costed her her life.

This past Memorial Day Reflection, I placed a flag on my front lawn in honor of her service, to other fallen soldiers and in remembrance of my late father and my Uncle; who’d proudly served our country.

To this day I’m not convinced that Gloria killed herself, she was filled with so much Youthful Energy and Life!!

The Army’s LIES and COVERUPS of military fraud is no different than the Navy’s Fat Leonard Fraud Scandal....

It’s Rooted to the SOUL of the Pentagon!!

I’ve never reviewed any of the evidence that linked Gloria to the Cockerham’s Case, and I’m sure the Department of Justice Anti-Division will keep this file under Tight Seal, like all other military fraud scandals involving HIGH RANKING Pentagon officials!!

Having served as a prior enlisted Cryptologist, I know the importance of safeguarding military Secrets yet as a 13-year seasoned Budget officer, auditor and IG Investigator, I bore witness to fraud, abuse of (financial) authority, as well as other blatant mismanagement (ignoring) of DoD Directives, Federal Statutes and Financial Regulations.

Working with so many morally corrupted individuals always made my job difficult.

I will always have a special place in my heart for Gloria and I've come to terms that no matter how well you think you know someone, there's always another side to them. Gloria was my friend in life and will always be in Spirit.

May She Forever Rest in Peace!!