More "Injustice and Abuse of Authority," in the Military's "In-Justice System" as Army trials, Maj. Chris "Kit" Martin, for sex abuse,"Alleged" by his ex-wife... My thoughts on this particular "Circus Act" in the military's court of law is, "When you give senior officials this much power, they will eventually go after their own kind!!" 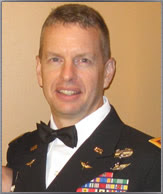 
"OUTRAGE IN THE COURTROOM AT FT CAMPBELL
JAG PROSECUTOR DEMANDS MAJ "KIT" MARTIN
GET FIVE YEARS IN PRISON AFTER BEING FOUND
GUILTY OF SOME MISDEMEANORS - COMBAT VET
DAY BEFORE HAD BEEN FOUND INNOCENT ON "SEX
ABUSE" CHARGES AT SENTENCING SAT'DAY. ARMY
GETS POUND OF FLESH - MARTIN IS KICKED OUT
LOSES RETIREMENT PENSION AFTER 29 YEARS
MILITARY SERVICE - "WE WILL APPEAL," DEFENSE
ATTORNEY SAYS - MARTIN ON HIS WAY TO LOCKUP

It's never over until it is over.

Friday the 13th, when Army MAJ Chris "Kit" Martin was found innocent of all "sex abuse" charges cooked up by his former wife at his Fort Campbell court-martial, we thought we had plenty of reason for celebration.

Maybe, just maybe, actual justice had been served in a U.S. military courtroom. But we should have remembered that old saying: "Military justice is to justice, what military music is to music." No explanation needed.

JACOB BASHORE WAS "OUT FOR BLOOD"

JAG lead prosecutor, MAJ Jacob Bashore (remember that name, dear readers), was out for blood. Despite the fact his chief witness, a convicted felon and congenital liar, had failed in her attempt to get revenge on ex-husband Martin for seeking to divorce her, he knew MAJ GEN Mark ("The Hammer") Stammer had expressed a desire to see "Kit" destroyed.

It was Stammer who ignored the fact civilian authorities declined to prosecute Martin. The brutal flag officer is one of the worst sycophantic, "politically-correct" generals in the Army. He was well aware of what the politicians wanted, and insisted a 29-year decorated combat veteran and Army Ranger be crucified, regardless of whether he was actually guilty. Justice takes a back seat to conviction statistics when it means that will take political pressure off the Pentagon.

We have seen men like Bashore before. They are the worst example of aggressive, "the facts-be-damned" killer-attorneys who have no conscience or soul about what they do. There are two types of JAGS - non-lifers who try and retain their honor and integrity before they leave the service, and those who know that promotions and approval come from providing the Command with whatever result they wish. Never mind the "convicted" ones maybe entirely innocent of charges.

THIS WAS A MISCARRIAGE OF JUSTICE

The fact that the court-martial panel dismissed the vicious ex-wife's false charges - charges, we might add, that the prosecution swore was the gospel truth - should have raised a big red flag that perhaps the entire proceeding was a farce.

MAJ Martin gave nearly three decades of his life to the Army. He risked his life many times in combat. Can smug MAJ Bashore say the same for himself? Is the newest notch on his gun belt worth what he did to obtain it? The prosecutor should remember, in the Bible it says: "God is not mocked. . . as you sow, so shall you reap."

For the misdemeanors of mishandling classified information on a laptop computer and the specious "simple assault" charges Martin was convicted of, his life has indeed been ruined. Pay heed, all those who read these words. The axiom::The army takes care of its own" has now become "Beware. The Army destroys its own." You could be next.

Food for thought:
For 8 years I've sat back and watched, Generals, Admirals and a significant number of senior military officers; get away with Rape, Sexual Assault, Adultery and more egregious criminal acts - committed against their female and male colleagues, and none of them were "Selectively" prosecuted in the same manner that I was and it appears that justice will not be rendered in this case.

"Rank and Connections" certainly has its Privilege in the US military!!

A special Note for Major Martin, I invite your attorney to refer to my case if this is truly a case of retaliation.

Last month, Judge Rosemary Collyer made her ruling on my Civil Action lawsuit against Secretary of the Navy, Ray Mabus, and remanded my case back to the Navy; citing "Whistleblower Retaliation."  I've yet to hear from Pentagon officials or the DoJ and I've remained quiet for too long.  It sickens me to see another victim of their "In-justice" system!!

Don't Fight them when you get out, it's been 8 years since my trail and I'm still being denied my hard-earned pension.  Fight a good Fight while you are still in!!!

I totally believe this, having know Jacob when he was a fresh LT, back at Fort Carson Co, in DCO 1/3 ACR, he was a total "jerk" then, some folks never change.