As the sitting Commander in Chief, I would like for President Obama to weigh in on "Military Retaliation, Subsequent Human Rights Abuse and the Military Whistleblower's Protection Act!"..... NAVY TIMES reports,"Navy officer convicted of adultery gets chance to clear her name." 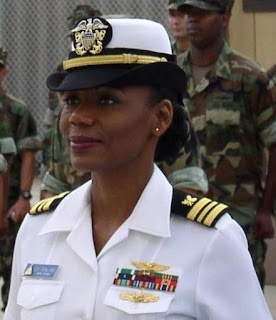 Meghann Myers, Navy Times, "Lt. Cmdr. Syneeda Penland was convicted of adultery and conduct unbecoming, and was forced out of the Navy months shy of her retirement. But Penland swears she was victimized by her command for reporting waste and fraud.

Now, Penland will have a second chance to prove whether she was the victim of whistleblower retaliation by leaders at Navy Expeditionary Combat Command in the 6-year-old case.

A federal judge on April 20 ruled that the Board for Correction of Naval Records must take a second look at Penland's case to determine whether her substantiated claims of waste, fraud and abuse against her command confer whistleblower status, as she claims — and if they do, whether the Navy should compensate her for forcing her out months before her 20-year retirement mark because of a felony conviction.

"From the day that I blew the whistle, which was April 4, 2007, everything that happened from that point forward — they have to consider, what did [the command]  do?" Penland told Navy Times in a phone interview Friday.

BCNR has the power to expunge the results of her Board of Inquiry, which was the basis of her 2009 discharge, and may allow her to regain the benefits she would have received if she had been allowed to retire.

The BCNR cannot unilaterally overturn her conviction, the federal judge in the case noted, and Penland did not ask for that in her filing. She chose to focus on the BOI decision to streamline her case, she told Navy Times last year, because the process is more straightforward than overturning a criminal conviction.

A Navy spokeswoman declined to comment on the April 20 ruling that sends the whistleblower review back to BCNR.

"The Board of Correction of Naval Records will reconsider their prior decision in accordance with the federal court's order," Lt. Jackie Pau, a Navy spokeswoman, told Navy Times.

Penland, a former supply officer who had earned her commission after several years as an enlisted cryptologic technician, began asking questions about Naval Coast Warfare Group 1's procurement practices almost as soon as she took the comptroller job in 2006.

Her superiors didn't appreciate her informal investigation of some of their contracts and transactions, she said, so when a former colleague's estranged wife contacted the command with allegations of an affair, they had what they needed against her.

The investigation into her relationship with then-Lt. j.g. Mark Wiggan began in April 2007, based on sexual photos of her with a man. She claims those photos are of an ex-boyfriend, not her friend and coworker." 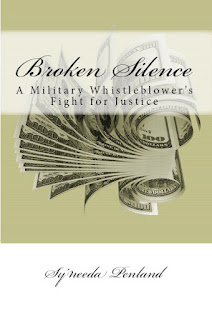 Sy' Congratulations!! I'm proud of you for fighting a good fight and a public Call to Action for President Obama to weigh-in on this issue. It's long overdue!

When you go to Militarycorruption.com to view the decade long archives of some of the most notorious military sex scandals it says alot about the military's Commander in Chief. What will be more embarrassing is for the Democrats to turn over the Presidency to Hillary with "Military Rape" and other sex scandals hanging over their heads. Hillary and Trump are ticking time bombs, ready to explode at any minute. One has no respect for women and the other has no respect for men. God Save America, from itself!!