Wow, Look Whose Stock is About to Go Up!!! May the mystic artist, "Known as PRINCE" always be with us in Spirit, Mind and Body. He was the Revolution!! 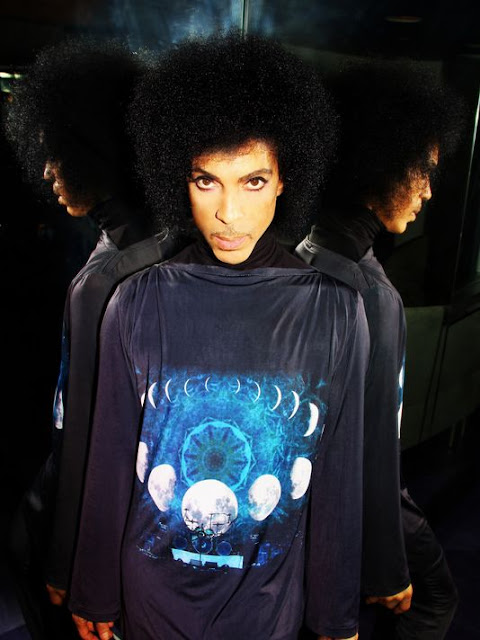 Of course, his disdain for the traditional artist-label relationship is well-documented and decades-long, but his passion for the more David-and-Goliath aspects of the topic is as fiery as ever.

Well, here’s what says about voiding his membership with the American Society of,  and  otherwise known as  -- and otherwise known as the body that pays royalties to musicians whenever their music is played: “To actually tell ASCAP, ‘Why am I a member of this? I don’t have to stay there, do I?’ When you examine what they are, why should any of us be a part of it? … We’re not against anything -- it’s what we’re for.”

It’s exactly that kind of thinking that led him to another rule-breaking musician --  -- whose mission to disrupt the paid streaming service model by investing in sounded like music to Prince’s ears.

Prince, whose unflinching, don't-mess-with-my-money attitude belies his elfin appearance, says he chatted with other digital music companies before selecting Tidal as the exclusive home for his new album HitNRun, available to subscribers on Monday. The album will live solely on Tidal, and before you ask, no, none of Prince's extensive catalog is available on any other streaming sites.  So, why Jay Z? Because he gets it, Prince says.

“Jay Z didn’t want to get the same wages (as everyone else),” he says. “God’s not broke, why should we be? I’m not mad at anybody for being successful. A lot of us grew up broke and we’re not trying to go back to it. And, we don’t wish that for anybody else.”

Despite its  backing, Tidal has been slow to get off the ground, but you won’t find Prince in the chorus of critical voices, which includes musicians  and , who have slammed its $9.99 to 19.99 monthly fee as too expensive and unfair to fans.
“I’m not going to criticize Jay Z. I didn’t spend my money,” Prince says. “Can you see me in the newspaper saying something negative about Tidal?”

Besides, in addition to its artist-owned DNA, Tidal’s high-definition sound quality was a plus for Prince, a consummate musician who wants listeners to really hear his music. “We take the time to make music. It’s actual people playing. You can hear all the humanity in it. … This is a top-of-the-line, sonically exquisite piece of work. You hear all of the effort.”

There’s something else Prince wants listeners, fans, fellow artists and black America to hear: his message about pride in ownership.

“(Fans) care about black-owned, don’t they? Go over (to other services) if you want. Any sort of ownership we have is really important,” he says about Tidal and its competition. “When you own your own community, you pay for your police department. Police were created to protect property of white folks. They were originally slave catchers. … When you get your own studio, now what are (labels) going to provide for you?”

Prince does own his own studio, in fact, and when it comes to the music he creates within its walls, a smirking Prince has the perfectly Prince-ian retort to this reporter’s (somewhat impatient) request to hear HitNRun in its entirety.