Race and the Air Force: The truth about how minorities get promoted 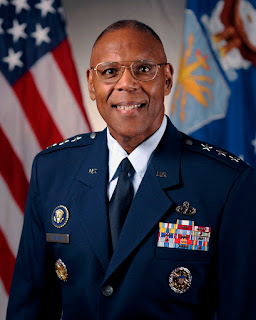 Air Force Times reports -- As a young African-American officer, Larry Spencer regularly sought out career advice from black senior officers. All too often, the message he received was unsettling.

“Every one of them told me the same thing: ‘I don’t like telling you this, and it’s not right,’ but they felt like they had to work harder than their peers to get to the same point,” Spencer, the former vice chief of staff, said in a Feb. 16 interview. “I just accepted that. Maybe I shouldn’t have, but I did. I do feel like I really had to work harder sometimes.”

The advice, unpleasant as it may have been, served him well. Spencer ultimately earned promotion to four-star general and appointment as the service’s second in command, where he served three years until retiring last year.

But despite his considerable success, Spencer remains concerned about the lack of diversity at the top of the force, and roadblocks minority airmen may encounter.

What the numbers reveal

Six years of statistics on promotions and selection rates analyzed by Air Force Times indicate that if you’re a minority, your odds of being tapped for promotion — especially to the most senior officer and enlisted ranks — are not as good as they are for white airmen.

And experts believe that these disparities contribute to a gradual — but noticeable — whitening of the Air Force as airmen progress higher up the ranks. As one looks at the top senior non-commissioned officer and general officer ranks, it becomes harder and harder to find faces of color. 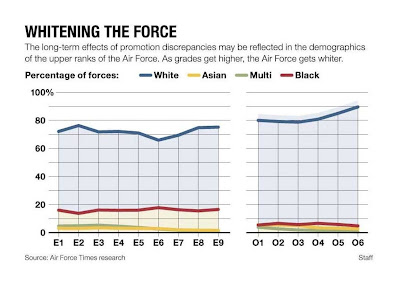 “It’s not necessarily a straight conclusion to say, this is a promotion board issue, because there’s a bigger context to it,” Kelly said. “It’s about development, it’s about recruiting, it’s about retention, it’s about jobs and opportunities people get. And for us as a whole, looking at, how do we maximize the talent that’s available to us in the United States and make sure we have the best talent in the Air Force.”

The data provided by the Air Force include promotion percentages by rank and race but does not break that down into promotions by branches or specialty codes. Nevertheless, the data make it clear that white airmen in all grades consistently have enjoyed higher selection rates than airmen who are of Asian descent, black, or multi-racial.

Much of that, experts believe, owes to a longstanding practice of minorities being overrepresented in administrative and support assignments as opposed to combat and technical specialties that often provide greater promotion rates. Minorities for generations have joined the military at a time when they had limited career options, or to gain basic job skills that would make them more employable in a civilian society that otherwise made it difficult for them to join the workforce.

Food for thought:  This trend is not unique to the Air Force, I witnessed and experienced the same discrimination tactics in the Navy.  In my memoir, Broken Silence a Military Whistleblower's Fight for Justice, I refer to it as the "Disqualifying Test," which are the many tactics that are used to "weed out" minority officers, mostly men. 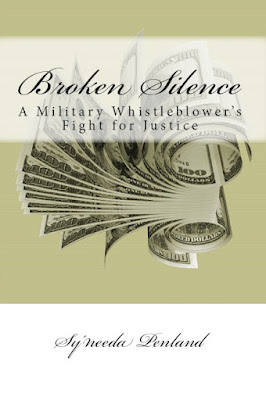 During the 13 years I served as a minority Naval officer, I worked with some of the most incompetent white male officers who felt a sense of entitlement when it came to promotion and job opportunities.  If they were not "kissing up" to our superiors they were eager to bend the rules which is what led me to blow the whistle and report my former supervisors criminal activity to the Department of Justice in 2009.  Although my Qui Tam complaint never came to fruition (which is probably buried under paperwork to protect a few Admirals' careers and reputation), I'm glad I'm no longer in the military.

Since gaining my personal Freedom I've come to realize Not everyone is cut out for our military and if you are a person of moral integrity and compassion, I encourage you to chose a different profession!!   It's not worth it!!  There are other ways to be of service to humanity besides losing your soul to the Armed Forces!!
Posted by Syneeda at 11:13 AM