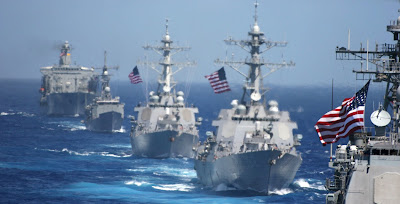 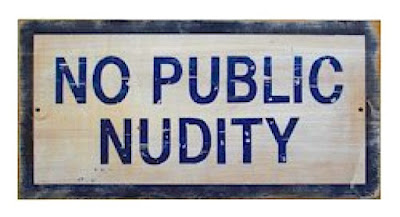 Various news sources reports that the Navy has fired one of its top Supply Corps officers, Rear Adm. David Baucom.  He was relieved as the director of Strategy, Policy, Capabilities and Logistics at U.S. Transportation Command sometime in October.  This came after a Pentagon investigation into his misbehavior in early April while attending the National Defense Transportation Association’s Transportation Advisory Board in Ponte Vedra Beach, Florida.

According to the Navy’s investigation report, Adm. Baucom consumed at least eight drinks during a dinner with about 70 conference attendees.  He became so drunk that he was unable to stand and had to be escorted to his hotel room by a staff employee.  He was later seen wondering the halls naked, alleged to have been seeking a towel to cover his nude body.

During an Admiral’s mast, Baucom took full responsibility of his actions by blaming his mistake on "the Alcohol”, mixed with prescription meds?   hhmm...

The Admiral is appealing the outcome of his Non-judicial to the Pentagon, requesting that his 34-year career should not be judged on a single incident.

Wow is all I can say.

There's so much more I can say but I pretty much summed it up in my memoir, "Broken Silence, A Military Whistleblower’s Fight for Justice."  Yet I commend my fellow Supply Officer for owning up to his actions and I hope his career and reputation doesn’t become tarnished like mine yet having a good lawyer and a couple of doctors’ testimony definitely worked in his favor.

May the Admiral’s stellar performance speak for itself and may he retire with dignity!!