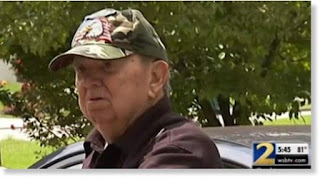 The Raw Story reports,  "Officers from the Fayetteville, Georgia police department brutally arrested a retired four-star Army general, and now he says he's ashamed to be an American” because of how out-of-control the police have gotten.

William J. Livsey, 84, along with his neighbors, have accused police of severe violent acts during an alleged dispute with a food delivery driver.

“It’s the first time in my life I’m ashamed to be an American,” Livsey said to the Atlanta Journal-Constitution.

The Raw Story notes a report from the Journal-Constitution, which “noted that a portion of Highway 314 in town was renamed the ‘General Bill Livsey Highway’ in Livsey’s honor.”

They add that “he retired from duty in 1987, following a career that saw him win the Distinguished Flying Cross, Silver Star and Distinguished Service Medal, among other honors.”

“They took me away without my shoes, glasses or medicine. I fought for this country so hard, and I’ve tried to do good all my life,” Livsey recounted." 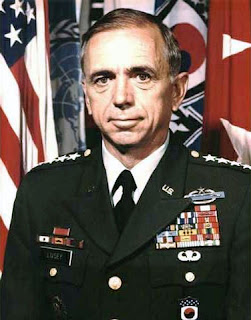 Food for thought:  Police brutality has gotten completely out of control in this country.  Now they are brutally “assaulting” disabled veterans, and a highly decorated one at that!!!   This is absolutely appalling!!
Posted by Syneeda at 2:13 AM