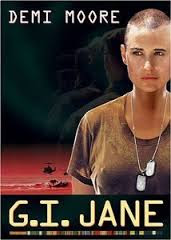 "The Defense Department is scheduled to open all operational billets to women on Jan. 1, 2016, unless individual services provide pressing reasons against it or lawmakers intervene.

For the Navy, that means that the storied SEAL brotherhood could be welcoming women early next year — a momentous cultural shift that Navy Secretary Ray Mabus.

One of the main concerns around integration is whether qualification standards will be changed to accommodate women, who have higher body fat levels and different fitness standards in the fleet.

The special operations community has a much tougher PRT, and it could change with integration.

"In all cases, I personally believe we ought to have one standard for both sexes, a standard that matches the demands of the job, and if you pass, you pass," Mabus said in a May 13 speech at the Naval Academy.

The Navy is studying current standards to see if they're directly related to doing the job, he said, and will revise them if necessary.

But when asked by a midshipman whether the qualifications would be lowered
"Keep the standards," he said. "Do not lower standards in any regard."

Mabus said the Navy Department will make recommendations about how to integrate women as Navy special operators, the last jobs closed to them, to President Obama and Defense Secretary Ash Carter later this year.

This would also affect the Marine Corps Forces Special Operations Command, infantry and other combat jobs still closed to women, as well as the corpsmen and other sailors assigned to these units.

Though he would not elaborate on how standards could change once women are allowed to attend Basic Underwater Demolition/SEAL Training, he alluded to the idea that the special operator fitness standards as they exist are about to change.

"First we're going to make sure there are standards, second that they're gender-neutral and third that they have something to do with the job," Mabus told Navy Times......." 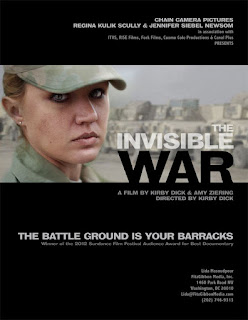 During my 20 years of active duty service, as a prior enlisted “Mustang” officer,
I view the Navy's latest initiative towards “full integration” as a recipe for disaster.

When I enlisted in the Navy during its initial “women at sea” integration, the end results have statistically proven increases in pregnancies, rape, sexual harassment, assault and (in my case and thousands of others) discrimination against minorities on a grand scale; including towards white "male" minorities who chose to “openly” serve after  the passage of the DADT repeal.  One of them is a dear friend who was blatantly discriminated against by members of the Navy’s Aviation community.  Again, can you say, “Tailhook!”

By appointing Adm. Michelle Howard as Vice Chief doesn’t make up for the huge disparity between the ranks.

The Navy has never favored appointing senior females in key leadership roles, to help lessen the above mentioned statistics.

Throughout my memoir, “Broken Silence, “A Military Whistleblower’s Fight for Justice,” I chronologically highlight blatant sexual and racial discrimination I endured throughout my Navy career.  I can truly relate to Michelle Obama’s recent speech at Tuskegee University, when she said, “You eventually learn to block it.”

After graduating as the only female officer in my OCS class, I learned how to block it.  Unfortunately, I couldn’t change the color of my skin and the taboos that came with it while serving as a “Black Women in a White’s Man Navy,” which I also discuss in one of my chapters.

While in-zone for promotion to Lt. Commander, I was forced to serve for an entire year as the only female onboard a warship with over 300 plus men. I was subjected to daily harassment, discrimination and was routinely called a “bitch and nigger,” and other derogatory language was used to describe my nearly all black staff.  There were a number of white crew members who openly stated that “Women don’t belong on a warship, they belong at home, barefoot and in the kitchen.”   Even the executive officer shared those sentiments.  What an embarrassment to the Surface Warfare Community.

After OCS, I was forced to volunteer for additional collateral duties, along with pursuing a second Masters degree in Human Resource Management, to better educate myself on federal regulations governing the Navy’s equal opportunity policies, which are never properly enforced.   I also became a certified Inspector General (IG) investigator, Command Managed Equal Opportunity (CMEO) manager and Sexual Assault Victim Intervention (SAVI) coordinator. My thoughts were, the more I knew about Civil Rights laws and directives, the more I could contribute to the Navy's overall mission towards improving unity and equality throughout the ranks.

My case is written testament to, "Once you challenge the military's deep-seated prejudices, you become a marked target!!"

Until the Navy is ready to properly address its “Un” equal employment opportunity programs, it should halt any future initiatives towards further placing our aspiring young leaders in harm’s way.


But knowing these boys, it could be a quick solution to continue to weed women and other minorities out of certain programs!
Posted by Syneeda at 12:57 PM

Oh My!! As if our women in arms haven't faced enough physical and mental distress and humiliation by the Pentagon's aggressive tactics to prove it's a "Man's" world. I pray Hillary becomes President!!!

I'm not a strong supporter of Hillary Clinton, but I will support a leader who is in full support of women's rights, especially in the military. Until the military (as a whole) can get its rape and sexual assault epidemic under control, by instituting a more effective equal employment management program, it will continue to perpetuate a breeding ground for racists and sexual predators, who wait for the perfect opportunity to show their distaste for the military's "equal" employment policies. Let's face it, men can be chauvinistic in the workplace, and career fields like this allows them to be men, warriors and heroes. Certain jobs should be left to the men!

Sy in your view, what do you consider as equal employment rights in the military? I view this new initiative as a positive step in the right direction. The military across the board is competitive and women must learn how to "play hard" "be hard" or Go Home!