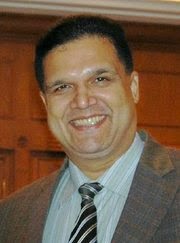 UT San Diego reports – The Singapore-based contractor at the center of a far-reaching U.S. Navy bribery scandal is set to plead guilty Thursday.  “Fat” Leonard Francis is scheduled to change his plea in front of U.S. Magistrate Judge Jan Adler at 2:45 P.M., according to federal court docket and calendar.

Francis has been held without bail since his September 2013 arrest on a single charge of conspiracy to commit bribery.