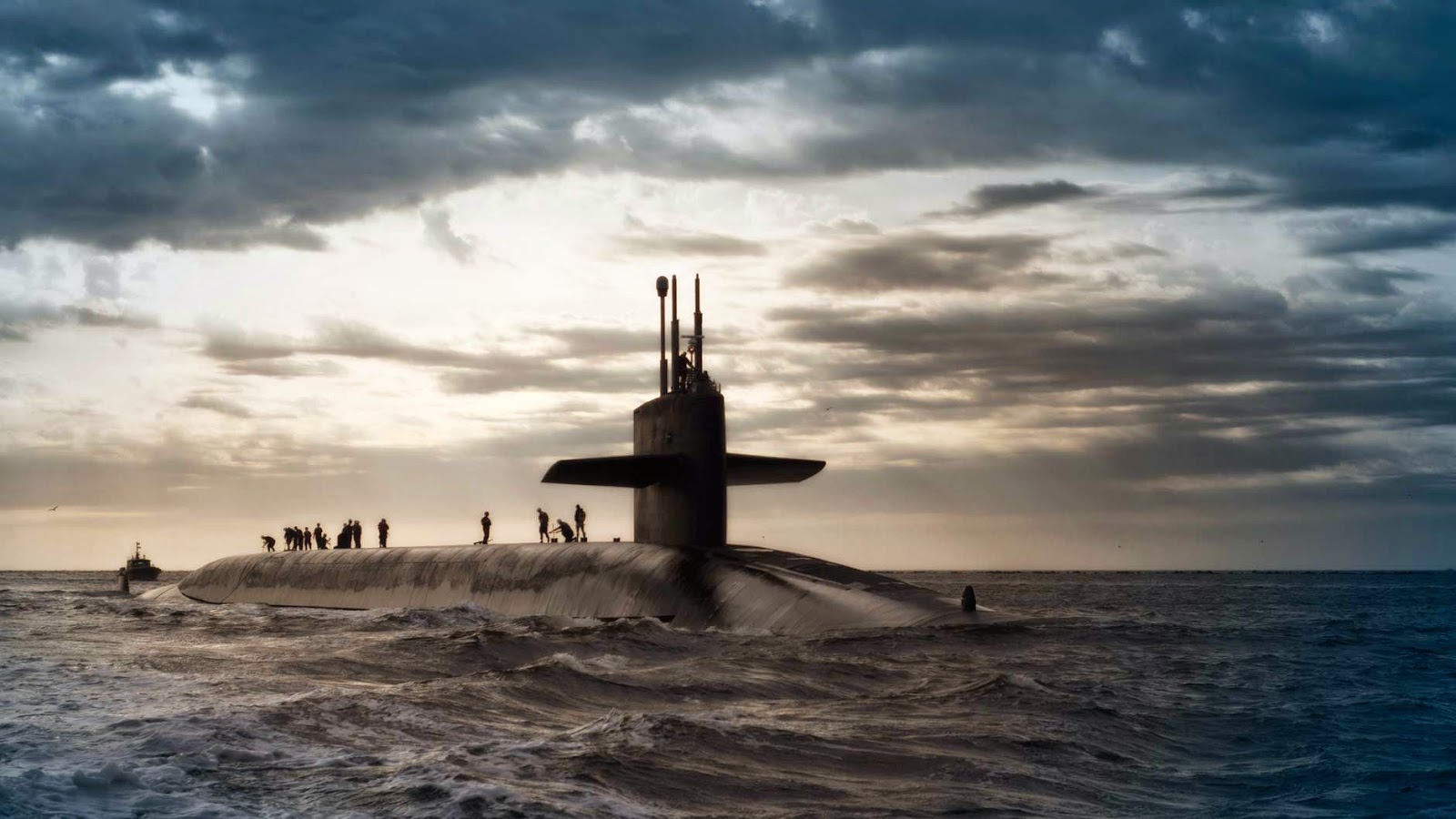 Navy Times reports -- Some of the first female sailors to serve on Navy submarines were secretly recorded while they undressed.
The women were recorded aboard the ballistic missile submarine Wyoming, Gold crew, which is home ported in Kings Bay, Georgia. Navy officials are investigating an unidentified 24-year-old male who is accused of making and distributing the videos, according to a Nov. 14 incident report circulated among the service's most senior leaders. The sailor was identified only by his rank: second class petty officer.
The videos are believed to show at least three female officers while showering or undressed that were recorded over more than a year, according to a source who has spoken to one of the alleged victims.
It amounts to a huge scandal for a community that has prided itself on an otherwise smooth integration effort, begun four years ago when women first entered submarine training. And it comes as the Navy moves towards its next milestones, integrating Virginia-class attack subs and then the enlisted submarine ranks.
A ballistic missile sub typically has 15 officers and 140 enlisted on board, with unisex heads in "officer country." When a woman is using the shower, for example, she puts up a sign to indicate the head is in use by a female officer and men must wait to enter until it's unoccupied.
It's possible that the cameras caught both men and women showering, but the source in touch with an alleged victim believes only the videos of women were distributed.
Some of the women are upset with leadership's handling of the situation, citing a lack of sensitivity toward those affected.
The Naval Criminal Investigative Service is investigating, according to the unclassified incident report, which characterized the incident as a "privacy violation." But a retired supply officer who's in touch with at least one of the victims said this was more like a case of clear-cut "sexual harassment."
Lt. Leslie Hubbell, spokeswoman for Submarine Group 10 in Kings Bay, said the Navy would hold individuals involved accountable if the allegations prove factual, but said it would be inappropriate to comment further while the investigation is ongoing.
Hubbell described the allegations as "criminal activity" and said they came to light last month.
"The Navy became aware of the alleged criminal activity in November 2014 and promptly began an investigation, which is ongoing," she said in a written statement.
Details of how many videos were made, how widely they were distributed, or how many women were filmed were not included in the message. The second class petty officer accused of filming and distributing the videos is assigned to Trident Training Facility, according to the incident report.
A report was initially filed after an officer on a different submarine received the videos, according to the retired supply officer.
One of the women filmed was nearly forced to deploy, the retired officer said, but the decision was reversed two days before the sub's Tuesday departure.
Full article:  http://www.navytimes.com/story/military/crime/2014/12/03/submarine-wyoming-women-camera-shower/19827247/
Food for thought:  You would think the CNO, Adm Greenert, would have a better handle on this situation,  integrating women into the submarine community. Yet the Navy continues to lag behind in areas involving equal opportunity initiatives for women and other minorities. Until Greenert can get a stronghold on this travesty, female sailors remain  vulnerable to the Navy's sexual predators.
Posted by Syneeda at 12:29 AM

It's not just female sailors who are vulnerable to the Navy's sexual predators. This is in all branches and the civilian military population. The Navy has tried to say that things are getting better, and the ridiculous face of the Navy program, Jill Loftus, has played that card for some time. There is a new report that indicates that incidents of rape are much higher than previously reported. What does Jill have to say now? The military has been using the term "unwanted sexual contact," and omitting "penetrative sexual assaults." It's all about how the military spins the data, and the Queen of Denial, Jill Loftus, has been spinning excuses for a long time. The DoD tries to down-play the problem of violent, probling acts, such as rape and penetration with an object, by calling it "unwanted sexual contact." Great job Jill, keep up the lies to cover up the problem. The latest study was by the Rand corporation, and they saw it a bit different than those who play in Jill's circles and make every effort to cover up for their cronies.

There are dozens of news articles that also discusses male victims of military rape. I'm afraid that if the military as a whole were to address this issue publicity it will shame our military for life!! Not only is sexism prevalent in all branches, so is racism. I for one was a victim of its biased discrimination policies which seems to only favor the "Good ol Boys", even those with a fetish of dominance and control over one another; hence rape and sexual assault. The military judicial system is designed to protect the careers of the superiors that are put in charge of maintaining unit readiness first and Civil Rights matters last. Opps, I forget, the military is granted authority by the President to govern its own Civil Rights programs, and they do so by violating servicemembers Civil Rights, not upholding them, as well as their human rights!!