"Army Humanists No Longer Invisible", a blog article by By Major Ray Bradley 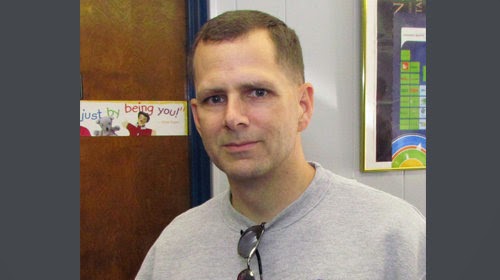 Courtesy of The ACLU.org

Disclaimer: All statements in this article reflect the author's position and opinions. They in no way represent the Army's views, concepts, or regulatory guidance.

Someone once asked me how many Humanists there are in the Army. I answered, "None, because the Army doesn't recognize Humanists."
While soldiers can choose what religion appears in their official military records, they are limited to a list of "faith codes" approved by the Army Chaplaincy. Despite repeated requests by me and others, the Army has, for years, resisted adding "Humanist" to that list.
This week, however, "Humanist" will become an officially approved faith code, and I will finally be able to accurately identify my belief preferences on my official records.
The faith codes recognized by the Army include, among others, designations for service members who identify as Muslim, Hindu, Wiccan, Jewish, Buddhist, or one of more than 100 Christian denominations. But the options for those who follow non-theistic beliefs systems are decidedly more limited.
Until this week, we could choose between "atheist" or "no religious preference." These codes do not reflect my actual identity as a Humanist. Humanism is a non-theistic, progressive system of beliefs based around the moral values of compassion, pursuit of knowledge, and commitment to human rights. These principles help me through life's challenges and provide me with a sense of purpose to experience life to its fullest in the same way that religious individuals are guided by their faith tenets.
The ability to accurately identify myself in my official Army records as a Humanist is not only a matter of personal integrity and dignity, but it also has important implications for my military service. These records are used by promotion boards, academic selections boards, supervisors, and commanders to see who I am, where I was born, my marital status, and other data. Upon arrival at a new duty station, this data provides key information for assigning a sponsor best suited to assist service members and their families settle into a new community. In addition, with the approval of the Humanist faith code, I and other Humanists can now ask for support from the Army Chaplaincy, including space to gather regularly and to have these meetings advertised as other religious services are.
The road to this victory has been challenging. I first requested that my religious preference be changed to Humanist in September of 2011. For over two years, I was given excuse after (often conflicting) excuse as to why this simple change could not be made. I sought assistance from the Office of the Inspector General and even my U.S. senator, but the stonewalling continued.
Ready to give up, I connected with Jason Torpy, President of the Military Association of Atheists and Freethinkers, and he put me in touch with the ACLU. Within weeks of receiving a letter from the ACLU, the Army notified me that "Humanist" would indeed be added to the faith-codes list.

Once invisible in the Army, Humanists now have a voice. We can stand up and be counted. Hopefully, this is just the first step in ensuring that Humanists across the military are no longer discriminated against and receive the same respect, benefits, and treatment as those who live by other faiths and belief systems.
Posted by Syneeda at 7:54 PM