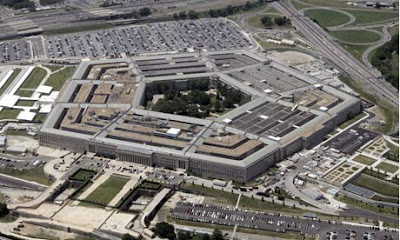 The Guardian reports – “The Senate approved a $630bn measure authorizing next year’s Pentagon budget that aims to crack down on military sexual assault and eases restrictions on transferring detainees from Guantánamo Bay.

The bill, approved on an 84-15 vote late Thursday, provides about $80bn for the Afghanistan war, but stopped short of a sweeping measure that would have removed commanders from the military justice system on sexual assault cases.

But the new overhaul mandated in the Senate bill, and unopposed by the Pentagon, would make it harder for commanders to override or unduly influence the military justice system.

Under the bill, commanders can no longer overturn sexual assault convictions, as happened in March when the Third Air Force commander unilaterally threw out a conviction for a favored lieutenant colonel found guilty of groping a sleeping woman.

That case prompted the now-defeated call to remove sexual assault cases from the uniform code of military justice altogether.

But the new measures that passed, sponsored by Missouri Democrat Claire McCaskill, would give sexual-assault survivors new and independent legal counsel; force a dishonorable discharge for sexual-assault convicts; institute a civilian review for cases that a military prosecutor opts not to bring; and adds criminal measures for retaliating against service members who report their assault.

An estimated 26,000 service members experienced rape or other sexual assault in 2012, according to Pentagon statistics released in May, a significant rise from the previous report in 2010, yet only 3,374 cases were reported to authorities. A Pentagon study last year found widespread fear, particularly amongst mid-career officers, that reporting sexual assault would lead to reprisal.

After a long history of institutional denial, Pentagon officials in recent years have acknowledged that sexual assault is a full-blown crisis. A series of high-profile commanders, including the deputy commander of the army’s storied 82nd Airborne and the air force sexual-assault prevention chief himself, faced criminal charges for sexual abuse. Defense Secretary Chuck Hagel now holds a weekly meeting at the Pentagon to receive updates about turning the tide of sexual assault in the ranks.

“Today represents a huge win for victims of sexual assault, and for justice in America’s armed forces, but this is no finish line,” McCaskill said.”

Food for thought:  It looks like Congress is a day late and a dollar short.  Military commanders will never give up their power and will continue to punish victims (whistle blowers), no matter how much money Congress pours into trying to make sexual assault and rape victims feel safer in the military.

Wow, go figure. Those who are paid to provide “security” for our country are getting away with raping and assaulting our young sons and daughters.  And Congress or President Obama has yet to put an end to it!  Money is not going to fix the problem, better legislation will!!  Wasn’t it President Johnson who created this problem, when he granted military commanders (in the 60s) authorization to manage its own, “race relation issues”, at the time it was considered “equal employment opportunities”.

I joined the Navy in the late 80s at the age of eighteen and experienced both racial and sexual discrimination throughout my 20-year military career. Instead of the military improving its racial, gender and sexual orientation “issues”, it’s obviously gotten worse!

Instead of meeting one of its primary missions, which is to foster a working environment “free of discrimination, sexual harassment, assault or rape”, top brass chooses to turn a blind eye and/or cover it up.  But isn’t this what MEN do?, when they “look out for themselves?!   I had to learn this the hard way after they punished me for being a whistle blower.

As many times that I would witness them cheating on their wives, frequenting “red light districts” overseas (and at home), having affairs with co-workers (of both the same and opposite sex), I still remain the only “single” person charged, fined and sent to prison for “adultery”.  Now this is one of the most hypocritical laws in the military’s uniform code of military justice (UCMJ).  Their laws are so outdated that the entire military justice system needs to be overhauled!    This is probably one of the reasons why there are almost a million veterans locked away in prison.  One hand washes the other.  Imagine how much money is being paid into the federal prison system to house our veterans?  I spent 45 days in one and trust me, I witnessed more than enough!!!

The other half of their bargaining chip is to “clean up” their mess at Guantanamo.  Now that’s a beast I don’t want to get close too!!
Posted by Syneeda at 1:35 PM

Talk about a good old boys club, or should I say, "Frat House"!

Military Reform is nothing but a joke. Its all smoke and mirrors. Its sad that the Senate keeps pretending to give a damn about military members while simultaneously allowing military members to continue to abuse us. Despite the large number of military members who have sacrificed our lives for our country their continues to be a blind eye turned to the abuse we are suffering at the hands of military members. I am not aware of another organization that is allowed to rape, threaten, harm, injure, and terrorize its members without accountability. Its sad and now that I know the truth I would rather be homeless before I would allow one of my family members to join.

Anon(2), You are obviously on active duty veteran. Didn’t you know that those frat boys believe that money makes the world go round.

The military is just a hired gun for politicians and their multi-millionaire and billionaire campaign contributors. After a congressman or senator is elected, their primary objective is to “LIE” to the American taxpayer, meet the objective of their wealthy financier and use military service men and women as the first sacrificial lambs.

Because you guys are the only ones that are crazy enough to believe their propaganda that you are willing to sacrifice your lives for the love of your country, when in essence you are murdering innocent women and children, while pilfering natural resources from disadvantaged third world countries. And now you are raping and assaulting your own kind, now how sick is that!! Decades ago it was in the name of GOD. But even their Christian bible teaches them ‘THY SHALT NOT KILL!!

BTW, Senator Gillibrand was bought off by Chase Manhattan!! Why do you think she’s barking as loud as she’s been and putting up smoke and mirrors. I wouldn’t trust that bitch as far as I can throw her!! Besides Senator Levin and Grassley, who only like to debate about military reform, she is your BIGGEST sellouts!

Never trust a female politician; she’s more dangerous and venomous than the men. At least you can offer them a piece of tail or more money to calm them down. Like Hillary Clinton, she’s certainly a woman scorn.

Anon 1 and 2, each of you make valid points... primarily with regards to Senator Gillibrand's efforts being smoke and mirrors. For every day the Senate delay reforming the military's justice improvement act, puts another person at risk for being raped, assaulted or molested. Case in point, militarycorruption.com just reported a cadet at the Marine Acedemy was charged with possessing and distributing child pornography. These are some sick bastards!! From the top down, starting with the admirals and the generals, each one of those chauvinistic pigs should be prosecuted and sent to Guantánamo. We need better ways to protect our women, young men and children, and it sure isn't the military!!