The military justice system is in dire need of a complete overhaul! 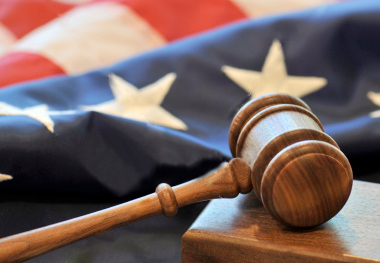 After reading the article from my previous blog post and revisiting older ones in my archives relating to military corruption, I wanted to share an excerpt from my memoir “Broken Silence”, to give more insight to the blatant injustices that are being committed against active duty service members, after reporting their bosses’ involvement in criminal activity.

Whether the injustices are sexually motivated, racially motivated or senior officers abuse their authority simply because “they can”, is a matter that requires more than a Congressional debate.  For the past year Congress has heard dozens of testimonies from victims who reported being raped or sexually assaulted while serving in the military.  Not only was this a violation of the veteran’s civil rights, it was a clear violation of their human rights.  The 1964 Civil Rights Act, as amended, prohibits sexual discrimination, racial discrimination and whistle blower retaliation in the workplace.

In his book: “Audacity of Hope”, thoughts on reclaiming the American dream”, President Obama discusses his thoughts on our Constitution; Senate procedures, separation of powers, judicial nominations and rules of Constitutional interpretation by stating:  “Not only because the procedural rules of our government help define the results-on everything from whether the government can regulate polluters to whether government can tap your phone-but because they define our democracy just as much as elections.  Our system of self-governance is an intricate affair; it is through that system, and by respecting that system, that we give shape to our values and shared commitments."

Unfortunately this is not a shared sentiment for those who are appointed by the military’s Judge Advocate General to uphold a service member’s Constitutional rights under the uniformed code of military justice (UCMJ).  It’s just that, a code, like some sort of secret society code.

I’d spent my entire adult life growing up in the Navy and was forced to learn life’s lessons on my own.  For nearly two decades I was committed to helping others. It was instinctive in my personal character.  I’d gained many pearls of wisdoms by learning how to combat ill-treatment, and I was determined to mentor other minority officer’s on how to properly exercise their rights under the Constitution while serving in the military.

Throughout American history there have been too many lives sacrificed while fighting for racial equality.  This was to allow equal protection under the law for blacks, women and “others” who are considered minorities.  Due to the military’s internal “iron clad” self-governing justice system, active duty service members are often barred, harassed and subsequently punished for attempting to exercise their Constitutional rights.

Recent studies have shown thousands of victims have come forward, claiming to have been raped, sexually assaulted or experienced other forms of workplace abuse while serving in the military.  This further proves: “When a service member attempts to report a violation of their Constitutional rights each level of their chain of command, leading up to the highest office of the defense secretary, will band together to initiate damage control, rather than afford a veteran equal justice. The hypocrisy of this reality is that an enlisted service member will be the first to sacrifice his life to protect the very same Constitution he is denied.

Similar to the Navy’s tail hook scandal, top brass will go to great lengths to avoid a full blown Congressional inquiry, federal investigation or media blitz.  Nowadays, abused veterans are left feeling traumatized and have been abandoned by the military.  While trying to transition to reestablish what was once a normal life, veterans are experiencing severe symptoms of post-traumatic stress disorder (PTSD) and are isolating themselves away from their immediate families.  Homeless rates and suicide rates for military veterans have risen drastically since the Post 9/11 war.

While still in uniform, traumatized victims seldom have access to anyone they can trust that will offer neutral advocacy support without fear of becoming a victim themselves. The likelihood of a command conducting an inquiry into a victim’s complaints, at the very least an impartial investigation, is slim to none, especially if it involves a senior member within the victim’s chain of command”….

Why isn't Congress addressing the military's rape epidemic as a civil right and human rights violation? In the military, white women and gays (the average viction of a military sex crime) are also considered minorities, which grants them equal protection under the CRA.

In America white women were raised to never view themselves as a minority, although the US census reflects such. To convince them to petition Congress to consider military rape as a civil rights or human rights violations would challenge their pride. Even though most of them were most likely mentally or physically abused as children. They would rather collect VA compensation benefits (welfare check), remain quiet and live in shame. When it comes to pride and prejudice, there's a lot to learn about the European-American culture.