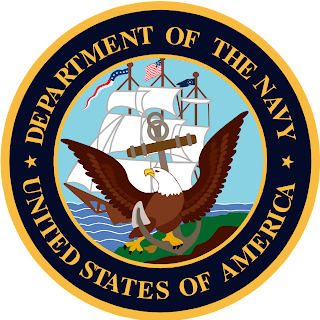 Navy Times reports -- A Navy commander, a Naval criminal investigator and a defense contractor have been charged with conspiracy in a bribery scheme to gain millions in international port contracts, federal prosecutors said.

Leonard Francis was arrested this week in San Diego, Cmdr. Michael Misiewicz was arrested in Colorado, and NCIS Supervisory Special Agent John Beliveau II was arrested in Virginia, the U.S. attorney’s office said in a statement Tuesday night. Each faces up to five years in prison if convicted of conspiracy to commit bribery.

Francis, a Malaysian national who lives in Singapore, is the president and CEO of Singapore-based Glenn Defense Marine Asia Ltd., which has had “husbanding” contracts for Navy ships at ports worldwide for 25 years. The contracts — one of which was worth up to $125 million — involve providing services for ships and submarines in port, such as providing tugboats, security and transportation, paying customs fees, supplying food, fuel and water, and removing trash.

Prosecutors contend that Francis conspired to bribe the other men with luxury travel, prostitutes and gifts in exchange for information that allowed him to overcharge on port contracts by millions of dollars.

An email message to th seeking comment was not immediately returned Tuesday night.
Misiewicz is assigned to U.S. Northern Command at Peterson Air Force Base in Colorado Springs, Colo. However, he previously was deputy operations officer for the commander of the 7th Fleet.

Documents filed in San Diego federal court contend that in 2011, Misiewicz provided Francis with confidential ship movements and helped arrange to have some 7th Fleet ships moved to certain Asian ports that were considered more lucrative and where the company faced less scrutiny for potential fraud.

In one case, according to an affidavit filed by a federal investigator, Misiewicz worked to have the aircraft carrier USS Abraham Lincoln sent to the port in Laem Chabang, Thailand, where during a 2012 visit the Navy was overbilled $500,000 for port services.

Prosecutors contend Beliveau provided Francis with information about an NCIS investigation into alleged overcharging by his company.

Food for thought:  There are many more crooks in our Navy, they just haven't gotten caught!
Posted by Syneeda at 7:55 PM