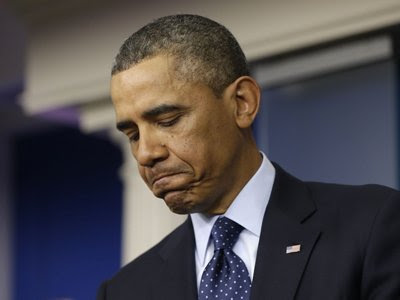 The guardian reports -- "The United States military has provided Barack Obama with a range of options for launching an attack on Syria and is "ready to go" with an offensive, the US defence secretary has said.

There is now a growing belief in Washington that a US strike against Syria, possibly involving cruise missiles or long-range bombers, could take place in the next few days.
Chuck Hagel said military officials had presented the US president with "all options for all contingencies" and put resources in place to take action against Syria over its purported use of chemical weapons.
"We are prepared, we have moved assets in place to be able to fulfil and comply with whatever option the president wishes to take, if he wishes to take any of the options he's asked for," he told the BBC. "We are ready to go, like that."
The White House insisted on Tuesday that Barack Obama had still not made a decision about the use of military action, but stressed that "boots on the ground" was not an option being contemplated. "The options that we are considering are not about regime change," said White House spokesman Jay Carney.
He declined to say whether the US Congress would be required to authorise any military strike, or be recalled as has happened in Britain's parliament, but insisted the White House was consulting with leaders in the House and Senate and communicating with the chairmen of relevant congressional committees.
Read more here: http://www.theguardian.com/world/2013/aug/27/syria-us-forces-ready-obama
Food for thought:  When are our World Leaders going to call for "World Peace?!!"  Wars make money, the longer we remain at war the more corporations and our defense department will profit!  How can you help fix another country if you can't economically fix your own country?
Posted by Syneeda at 11:30 PM