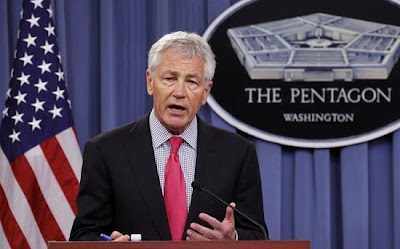 Stars and Stripes recently reported:
“Air Force to dismiss anyone found to have committed sexual misconduct”

KAISERSLAUTERN, Germany — Airmen who commit any type of sexual misconduct, whether groping a co-worker or rape, face dismissal from the service under a tough new Air Force policy aimed at eliminating such behavior from the ranks.

The new guidance, which took effect July 3, requires commanders to initiate separation action for any officer or enlisted airman found to have committed or attempted to commit a range of sexual offenses.

The measure is among several new Air Force policies dealing with cases of sexual assault and related misconduct.

Airmen in a position of trust found to have engaged in an unprofessional relationship — such as dating a potential recruit or military trainee — are also now subject to mandatory administrative discharge.

The service also has taken steps to protect airmen from retaliation for reporting sexual assault. Any orders of involuntary discharge issued to airmen who have filed a recent unrestricted report of sexual assault are to be reviewed by a senior commander.

But the biggest change, Air Force officials say, relates to mandatory discharge for
committing a sexual offense. It means that an airman can be involuntarily discharged without a criminal conviction, as long as the misconduct is documented administratively, either by a letter of reprimand or an Article 15, a form of non-judicial punishment, according to Air Force officials.

“It’s to reiterate … a ‘get tough’ policy as it relates to sexual assault, and to let everybody understand, especially the uniform wearers, that this kind of misconduct and inappropriate behavior has no place in our Air Force and if you engage in it, then we’re going to take steps to remove you from the Air Force,” said Scott Martin, senior air staff counsel for the Air Force’s office of the judge advocate general.

Since the policy is so new, it’s unknown if anyone has been affected by the policy yet.

Since Bush's so-called war on terrorism, the military has pushed our young boys to the edge. Trained them to murder innocent people in the name of "war", now our service members have become rapists?! What is the Commander in Chief, President Obama doing about it?! What will it take, a serial rapist (former soldier) to rape young girls on a college campuses before he steps in?

Sexual assualt is an all encompassing term for sexually related offenses. Rape is just one such offense. Oklahoma's "severe" penalties for rape are in line with the military's where the maximum penalty includes confinement for life and even death in some cases. As for local law enforcement, in my experience, the military prosecutes those cases that local authorities often do not. These cases are difficult from an evidentiary viewpoint because the evidence often consists of one person's word against another's.