San Diego's Mayor, Bob Filner has done something so honorable that no other politician has ever done before... 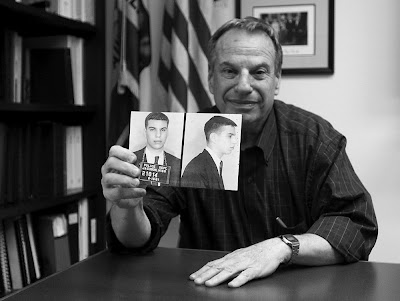 USAtoday.com reports -- "San Diego Mayor Bob Filner said Friday he will undergo "intensive therapy" amid growing calls that he resign because of sexual harassment charges from several women, including a former staffer."

-------------------
Can you count the number of politicians who have openly admitted to sexually harassing women or to having an adulterous affair, then publicly agreeing to undergo rehab therapy to deal with their behavior problem?  In my brief life time only one, Mayor Bob Filner.

As the first and only unmarried military officer to have ever been charged and convicted for adultery, then Congressman Bob Filner was the only Congressional official who unselfishly assisted me with my case against the Navy.

As a former constituent of his district I filed my first Congressional Inquiry with his office to address a number of Civil Rights violations that were committed against me by senior Navy officials.

The complaints included allegations of disparate treatment, sexual harassment, defense contract bid rigging and a number of other claims.  Each personal encounter I had with him was always courteous and professional and he did everything within his power to assist me with my case.  He didn’t turn his back on me like several female Senators of California.  And he didn’t respond to my case like most men, after learning that nude pictures were involved.

In light of the recent sexual harassment allegations launched against him, I truly admire Mayor Filner for his bravery and admiration for admitting to his treatment towards women.  In my heart, I strongly believe he should not be forced to resign.

As a former senior ranking member of the Veteran Affairs committee he was willing to resign his Congressional post to continue to help the citizens of San Diego and according to one of his senior staffers, and close mentor of mine, their office has been able to crack down on millions of dollars in wasted spending, which is why he took a vested interest in my case after becoming aware of military fraud.

His legacy as a Freedom Rider during the 1960 Civil Rights movement is what impresses me the most for his commitment for doing what is right.  Through the years, Filner’s selfless devotion to serving our country has definitely been tried and tested and his relentless efforts for helping our military veterans and minority communities should go down in history books.

I pray that each of his alleged victims will find it in their hearts to forgive him and with rehabilitation therapy he will continue to be the leader that the city of San Diego needs to get the city thriving once again!  Let’s not allow this scandal to be a reflection of the City of Detroit! 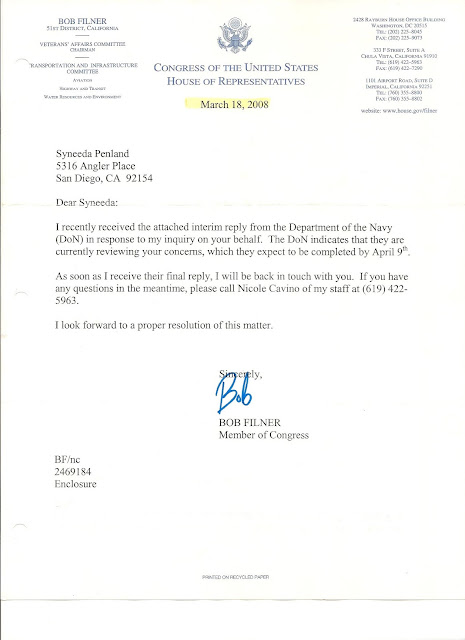 If only other politicians, secret servicemen, law enforcement officers, military servicemen; ALL men were brave enough to admit to their "behavior problem" of disrespecting women, the world would be a safer and better place! Mayor Filner, you have my full support for your bravery and honesty. Hang in there and I'm praying for your full recovery.

Isn't one of Filner's accusers, retired Admiral Veronica Froman a lesbian? I didn't they were intimidated by men?

Syneeda, it’s San Diego again. I can’t speak for Mayor Filner other than to say that he is seeking help because he got caught. What about those who were not caught, or who haven’t paid the price because they had cover from higher up while retaliating against others. What about John B. Sturges? Wasn’t that in San Diego? Weren’t accusations substantiated? What about slick Willy, William H. Weinfurtner, at the fleet Logistics Center there in San Diego? With all the sexual improprieties going on, why is it that our tax dollars were spent to cover up and protect William H. Weinfurtner, a Navy sexual predator who openly solicited sex from women in the federal workplace? He won’t be seeking help like Filner because William H. Weinfurtner’s sexual solicitations were covered up. One of your earlier postings had a comment that the head of Navy’s Sexual Assault Prevention and Response Office, Jill Loftus, was the Deputy Navy Inspector General when William H. Weinfurtner was on the prowl, and Jill Loftus was said to have aided in the cover up by failing to act when Weinfurtner couldn’t keep his weiner in his pants. Speaking of Weiner, Anthony Weiner is at it again, running for New York mayor.

Anon, Throughout my 20 years serving in the Navy, there wasn't a day that I would not experience some sort of racial or sexual discrimination. I took the abuse because I felt that it was one of the sacrifices of volunteering to serve our country. Discrimination and sexual harassment in any form is wrong and is considered a crime if committed in the federal workplace. Unfortunately, our county will have to build more federal prisons if we are going to start prosecuting and convicting all cases of sexual harassment, discrimination, rape, and assault; committed by our federal employees. Let's not forget "Adultery"!