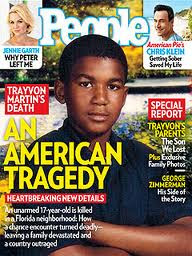 Just when we thought the George Zimmerman/Trayvon Martin case was over after Zimmerman’s acquittal, the Obama Administration has taken the steps needed to file federal charges, thus sidestepping the well established double jeopardy, against Zimmerman. Unidentified sources within the Administration have confirmed that Obama, and Justice Eric Holder at the Department of Justice have filed charges against Zimmerman for “violating Trayvon Martin’s civil rights”.

Double jeopardy is an often misunderstood concept in American Law. The rule merely states that an individual cannot be tried twice for the same crime in the SAME COURT. Liberal Justice Department officials often charge Americans with crimes from which they have previously been acquitted by filing federal charges on a similar crime in a federal court.

At approximately 10:01 pm EST this evening Judge Debra Nelson (pictured right) announced that the all women jury had found Zimmerman not guilty of fatally shooting and killing the 17-year old Trayvon Martin in Sanford, FL, just over one year ago.

The case has received national attention and nearly wall-to-wall coverage on all mainstream media outlets. While Al Sharpton and the entire staff at MSNBC has advocated heavily for a guilty verdict, we on the right have been praying for an acquittal for Zimmerman who was simply exercising his right to “Stand your Ground” (a Florida statute that apparently allows individuals to follow, track, then attack young Black youth before shooting them dead if feeling at all threatened throughout the process).

Obama has actively used his influence throughout the case (think “If I had a son he would look like Trayvon”). Earlier this week, multiple sources, including Fox News, Rush Limbaugh, Glenn Beck and the entire right wing, has reported on the involvement of the Federal Government in spending millions of dollars in support of anti-Zimmerman protests (race riots). According to Fox News,” The Community Relations Service (CRS), a unit of DOJ, reported expenses related to its deployment in Sanford to help manage protests between March and April 2012, according to documents obtained by the watchdog group Judicial Watch.”

Food for thought:  For several years now, I've been closely examining the need to amend the Civil Rights Acts, to provide American citizens overall protection of our human rights. Because our country is still racially divided the need to amend that act is NOW!  We should no longer be afraid of what other's will do to us, God is trying to instill Peace and Love back into our hearts.  Open up your hearts to receive God's love and don't cave into satan's greed for your soul!   Take the initiative today to greet your fellow "human beings" with a hug or a handshake and tell him or her that you are sorry for any harm or dismay that satan's misdeeds has caused them.  There is POWER in LOVE and there is POWER in PRAYER!
Posted by Syneeda at 8:47 AM

Anon, One thing that I've learned about pursuing justice, justice is not always won in a state or federal court. I refrained from watching the entire Zimmerman's trial for a reason. When the facts were first presented to the media, soon after Trayvon's death, it was obvious that George Zimmerman pursued an unarmed, innocent child. There was no need to follow that case from that point forward. I don't like to debate race like I don't like to debate religion but "come on now", we know this case served a number of political purposes, similar to my case. When a verdict is rendered, it leaves the victim no remedy for fair justice. Unfortunately Trayvon is no longer with us to tell us what really happened that night, but God survived me for a reason, to tell my story. Why else do you think I created this blog and my website. Sometimes by telling the TRUTH is all the remedy we need to restore our inner peace. I've said it once and I'll say it again, my military aggressors did not take away my self dignity and I'm proud I reported them for stealing against the American tax payers. They will have to live with their misdeeds, just like George Zimmerman!