After the whistle: Revealers of government secrets share how their lives have changed 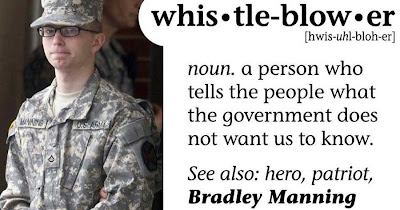 Heroes. Scofflaws. They’re all people who had to get on with their lives.

As Edward Snowden eventually will. The former NSA contractor who leaked classified documents on U.S. surveillance programs is now in Russia, with his fate in limbo. The Justice Department announced last week that it won’t seek the death penalty in prosecuting him, but he is still charged with theft and espionage.

Say he makes it out of there. What next, beyond the pending charges? What happens to people who make public things that the government wanted to keep secret?

A look at the lives of a handful of those who did just that shows that they often wind up far from the stable government jobs they held. They can even wind up in the aisles of a craft store.

Peter Van Buren, a veteran Foreign Service officer who blew the whistle on waste and mismanagement of the Iraq reconstruction program, most recently found himself working at a local arts and crafts store and learned a lot about “glitter and the American art of scrapbooking.”

“What happens when you are thrown out of the government and blacklisted is that you lose your security clearance and it’s very difficult to find a grown-up job in Washington,” said Van Buren, who lives in Falls Church and wrote the book “We Meant Well: How I Helped Lose the Battle for the Hearts and Minds of the Iraqi People.” “Then, you have to step down a few levels to find a place where they don’t care enough about your background to even look into why you washed up there.”

Food for thought:  Wow, is all I could say after reading this article.  As a military whistle blower I too have experienced the repercussions of blowing the “whistle”, which is not an award or badge of honor.

While fighting for justice in my case, I developed an incurable blood disorder which requires daily doses of chemotherapy.  I also suffer from triggered symptoms of PTSD and other chronic medical problems. All this came after I made complaints to the Navy IG and other agencies; reporting allegations of budget and contract fraud, reprisal, sexual harassment and other Civil Rights violations.  My punishment was a court martial conviction for adultery (as a single person), 60 day prison sentence, $9,000 fine, loss of security clearance, tarnished reputation and a discharge from the Navy without my pension benefits.

Through God’s Grace, I now wear the Scarlett Letter “A”, which stands for Advocate.  As part of my self-help therapy treatment, each day I devote time towards helping other veterans whose Civil Rights are being violated against by senior military officials, on the basis of race, gender and/or sexual orientation.  I also advocate for the preservation of our human rights by promoting cultural and social awareness through my blog, face book page or by writing poetry.  Life does go on!  I learned a long time ago, what doesn’t kill you makes you stronger!
Posted by Syneeda at 12:03 PM

Syneeda, very well said. It's rare that we find a non-gay person speaking on behalf of the LBGT community, especially helping us to fight for our civil liberties. Even the politicians who support our cause have skeletons in their closets.