How Dare You Call Us MST Media Whores 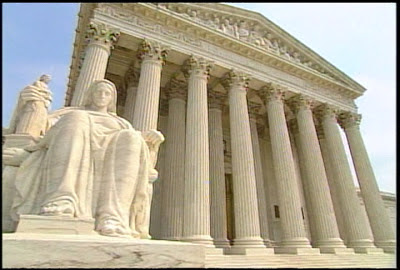 I came across this blog post and had to share it, you can read all the comments here:
http://onewearysoldier.blogspot.com/2013/05/how-dare-you-call-us-mst-media-whores.html

One weary soldier wrote:  "How dare you! How dare you call us "Media Whore"!!!  Who the hell do you think you are?  What gives you the right to put that label on us?  Haven't we been abused enough by our assailants?  Haven't we been attacked enough by other Soldiers, Sailors, Airmen, Marines and Coasties?  I know I was.  I made a career out of the Army. I am proud to say that I am a card carrying Retiree. During my career I was called every filthy name in the book.  I was told early in my career that I had no business in the Army; that I belonged "at home, barefoot and pregnant".  I was told that by NCO's and Officers in my chain of command.  I was called "bitch, dyke, whore".  I was accused of "husband hunting" during that first tour overseas though I dated the same Soldier almost the entire time I was there (RIP SFC Anthony John Scheehl).  My virginity was TAKEN from me by my Platoon Sergeant.  I was barely 18 years old.  He took me to my Squad Leaders apartment, got me drunk and took me.  I remember the stink of his breath on me.  It smelled like vomit though I don't remember the act itself.  I remember after sitting in a boiling hot tub feeling very dirty.  He stuck his head in the bathroom to ask if I was okay.  I was an E2 and he was an E7.  It happened just that once.  I think.  It's the only time I recall.  So far.  I've just started to have flashbacks about him.  If there were other incidents I'm sure there will be other flashbacks to follow.I write about things that happened to me.  I write about things that are helpful, in my opinion, to Veterans.  I publish links to my blog everywhere I can think of.  I ask my friends to post links to my blog.  If that makes me a "Media Whore" than so be it.  I've been called worse names by worse people.  But here is the thing.  Have the fucking guts to say it to my face.  And then tell me what you are doing to further the FIGHT!  Are you jealous of me?  Are you jealous of the others who are out there fighting this MST CAUSE?  What the fuck is your problem?WHO THE HELL WANTS TO BE FAMOUS or INFAMOUS FOR BEING RAPED????  Do you realize how much COURAGE it takes to stand in front of the cameras and speak out about this?  Can you do it?  I can't.  I know I can't.  That's why I write about it.  I have so much respect for my brothers and sisters who get out there in front of the public.  I would name them personally but this blog would never end if I were to list them all.  They know who they are and they have my respect and my love and loyalty.So, yeah, if writing about Military Sexual Trauma makes me a MEDIA WHORE than I guess that's what I am.  At least I'm speaking out.  I'm telling my story.  I try to help other victims become survivors and I am proud of that.  I don't attack other advocates.  I work with them and support them and I will mentor anyone who asks me to.  I teach others how to file claims the Susan Avila-Smith and Jim Strickland way.  I listen.  I lend a shoulder.  I do what is necessary.  And yes, I am often very triggered by the things that I do.  Most of us are.  Does that stop us?  FUCK NO.People in glass houses, my friends.....Until the next time....."


Food for thought:
My grandmother once said, "Coping with grief or trauma will eat at you like a cancer if you don't speak out about it".

As a survived victim of military workplace abuse, sexual harassment trauma, civil and human rights violations, I also use my blog to "vent" my frustrations about the horrific trauma I experienced in the military.  As part of my self-help therapy treatment, I use my blog, my website and my story as a means to advocate for other active duty veterans (military officers) who are currently experiencing discrimination while serving on active duty in the military.  When I was on active duty, I didn’t have anyone to turn to help guide and mentor me out of my horrific situation, which is why I offer free advocacy support.

As survived victims of military workplace abuse continue to move forward towards healing ourselves, we must keep in mind, "With every negative problem we bring forth about our military work experiences, we must also offer a positive solution to help the next generation of veterans."  Thanks to the thousands of voices of other veterans who have suffered, survived and shared their story of MST it is now left up to Congress, President Obama or the Supreme Court to offer us a fair and reasonable solution regarding the corrupt military justice system.

Thanks to the media, veterans have been able to make it perfectly clear that the first layer of the military chain of command has failed to uphold our constitutional rights.  And the top layer of the chain of command insists on covering up their failed actions of upholding our constitutional rights.  Those who are paid by our taxpayers to fight and defend the security of our country, are also paid to “protect and defend” our other assets, our young men and women!  The same manner that we train and teach our young service members to care for our ships, tanks and weapons, we should teach them to show just as much care and concern for their fellow “human beings.”

Due to the blatant "conflict of interest” and senior military officials not recusing themselves from the investigation process, thousands of rapist and predators are allowed to go free and are being discharged from the military, this cancer is now spreading to the public sector.  These same unprosecuted predators are being rehired by private organizations and are likely to attack again.  This is dangerous!

Instead of upholding the laws that are afforded to us in the private sector, military officials are allowed to abuse their authority and are using the "military justice system" as a weapon to punish victims for speaking out about military sex crimes.  Furthermore, all the evidence we provide as proof of our officials committing unlawful acts is collected and later used against us.  As if we haven't already suffered enough.

I strongly encourage veterans and other advocates to review the 1965 Equal Employment Opportunity Act and use this as your tool (weapon) to leverage a new bill to go before Congress.  It is because of this law which gives the Secretary of Defense his power to allow "race and sex related issues” to be dealt with internally within the "ironclad" ranks of our military.  Meanwhile, the Secretary of Labor has established the EEOC to deal with discrimination issues within the public workforce and their investigation system works!

I don't understand why the military's justice system is so corrupt?!  Frankly I think the laws are backwards and outdated!  The way I see it, each of our "civil rights and human rights"  have been violated and collectively all the victims of MST can now challenge this law to petition the Supreme Court to amend the 1964 CRA for protection of our human rights.  The only problem with going this route is finding a brave and experienced lawyer who’s not afraid to go up against the military in such a way.  If only Thurgood Marshall was alive!