The Whistleblower Who Wouldn't Go Away 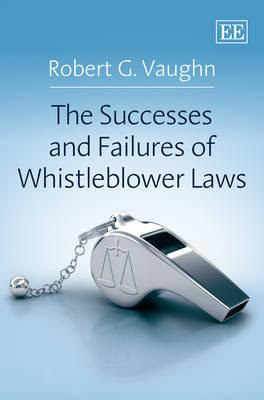 Pogo.com recently blogged---"What do words mean in a post-9/11 world? Apart from the now clichéd Orwellian twists that turn brutal torture into mere enhanced interrogation, the devil is in the details. Robert MacLean is a former air marshal fired for an act of whistleblowing.  He has continued to fight over seven long years for what once would have passed as simple justice: getting his job back. His is an all-too-twenty-first-century story of the extraordinary lengths to which the U.S. government is willing to go to thwart whistleblowers.
First, the government retroactively classified a previously unclassified text message to justify firing MacLean. Then it invoked arcane civil service procedures, including an “interlocutory appeal” to thwart him and, in the process, enjoyed the approval of various courts and bureaucratic boards apparently willing to stamp as “legal” anything the government could make up in its own interest.

And yet here’s the miracle at the heart of this tale: MacLean refused to quit, when ordinary mortals would have thrown in the towel.  Now, with a recent semi-victory, he may not only have given himself a shot at getting his old job back, but also create a precedent for future federal whistleblowers. In the post-9/11 world, people like Robert MacLean show us how deep the Washington rabbit hole really goes.
The Whistle Is Blown

MacLean joined the Federal Air Marshal Service (FAMS) in 2001 after stints with the Air Force and the Border Patrol. In July 2003, all marshals received a briefing about a possible hijacking plot. Soon after, the Transportation Safety Administration (TSA), which oversees FAMS, sent an unencrypted, open-air text message to the cell phones of the marshals cancelling several months of missions for cost-cutting reasons. MacLean became concerned that cancelling missions during a hijacking alert might create a dangerous situation for the flying public. He complained to his supervisor and to the Department of Homeland Security’s inspector general, but each responded that nothing could be done.

It was then that he decided to blow the whistle, hoping that public pressure might force the TSA to reinstate the marshals’ flights. So MacLean talked to a reporter, who broadcast a story criticizing the TSA’s decision and, after 11 members of Congress joined in the criticism, it reversed itself. At this point, MacLean had not been identified as the source of the leak and so carried on with his job.
A year later, he appeared on TV in disguise, criticizing the TSA dress code and its special boarding policies, which he believed allowed marshals to be easily identified by other passengers. This time, the TSA recognized his voice and began an investigation that revealed he had also released the 2003 text message. He was fired in April 2006. Although the agency had not labeled that message as “sensitive security information” (SSI) when it was sent in 2003, in August 2006, months after MacLean’s firing, it issued a retroactive order stating that the text’s content was indeed SSI."
Read more here: http://www.pogo.org/blog/2013/05/the-whistleblower-who-wouldnt-go-away.html

Food for thought:  Truth and honesty brings internal peace to one’s soul, lies and greed causes one to suffer a life of misery.  And forgiveness will set you free!