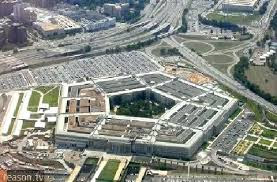 Last month the Navy Times reported—“The Navy reprimanded a former strike group commander March 25, five months after he was fired for swearing and allegedly making racially tinged comments that resulted in his being flown off an aircraft carrier deployed to the Arabian Gulf.

Richardson cleared Gaouette of Uniform Code of Military Justice charges but issued him a nonpunitive letter of caution and ordered that a copy of the investigation be put in the one-star’s service record — effectively ending his career.

“I accept full responsibility,” Gaouette said in a brief phone interview late last month, amid meetings in Washington that will determine his fate. “I own this.
You know, O-W-N.”

Gaouette was the lone admiral of the 25 commanders fired last year and the first deployed strike group CO removed in nine years, a high-profile case that prompted rampant speculation inside the lifelines and out. The relief turned on comments Gaouette made on deployment, including at a skit show, according to The New York Times, which first reported on Gaouette’s mast and depicted a deployed strike group beset by score-settling.

At one point on the cruise, aviators mocked Gaouette in a “Fo’c’sle Follies” skit intended to lighten the mood. The one-star replied by swearing at them.

Despite the case’s high profile and the account in The New York Times, the reasons the Navy fired a deployed strike group commander remain opaque, at best. It is unclear what racially insensitive words Gaouette allegedly used.

When asked, Gaouette deferred to the Navy, whose officials declined to disclose them until the IG report is closed.

Rear Adm. John Kirby, the Navy’s top spokesman, declined to comment on Gaouette’s censure before the report and reprimand have been reviewed by the chain of command.
The New York Times article portrays a deployed strike group where clashing egos and ship-driving approaches reportedly prompted the aircraft carrier’s skipper, Capt. Ronald Reis, to file the IG complaint. It is unclear whether the mistakes Gaouette admitted to were those Reis reported or were subsequently uncovered by the investigators flown out to assess it.

Reis, who is deployed and commands the Stennis, declined to comment through a spokesman.

Food for thought: And you wonder why so many of our veterans have reported: being raped, sexually assaulted or have committed suicide.   Leadership starts from the VERY top, to the lowest level of senior officers.  These are the very officers who our mothers, fathers and tax payers entrust to lead and supervise our young children.  Unfortunately, military officers like Charles Gaouette come a dime a dozen.

During my 20 years in the Navy I personally witnessed and experienced, “the good, the bad and the ugly” from these Power driven commanders.  These guys are so hungry for respect and POWER that they are willing to go to any lengths to achieve it. Even at the expense of abusing their subordinates.  Remember the case of the former commanding officer, Holly Graf, who unlawfully behaved like her fellow brethren’s and was relieved of command after abusing members of her crew.  Yet in the end, evidence of their abusive acts are swept under the rug at an administrative hearing.

When I served as a lieutenant onboard a Navy warship, I was called forth to give a statement regarding the ship’s commanding officer’s abusive behavior.  He had physically assaulted a junior officer for the JO’s failure to meet his surface warfare qualifications.  The JO was a former Marine which is what I believed the Navy commander resented most about him.

The CO was subsequently relieved and later faced an administrative hearing. At the hearing, there were allegations that he had committed adultery with several of his JO’s yet the allegations were ignored.  This would most likely explain the reason why I was forced to remain the only female on board the warship of nearly 350 men, for an entire year.

Needless to say, his only punishment was to forgo his promotion to captain.  Yet he was allowed to retire as a full commander and was offered a very lucrative defense consultant job after his retirement, a reward for his bad behavior.

The average salary for a senior military consultant advisor is over $200K a year, in addition to their retirement pension benefits their salaries could easily equate to up to half a million dollars a year, depending on his connections, his experience and his loyalty to "breaking the rules"!

And you wonder why our country is facing such a growing budget deficit!

As a retired/disabled veteran, who is not in receipt of my retirement pension, I’ve learned how to survive on my disability pension. Since my discharge from the Navy, I have personally witnessed the struggles of average Americans who have lost their jobs after turning 50.  They also fear losing their homes.

In the case of my mother, who survived a near fatal stroke due to a brain aneurysm, my family relies on her Social Security and Medicare benefits to cover the expenses for her healthcare.  Her case is similar to millions of other sick and aging Americans who Congress wants to cut their benefits.

I can go on and on about a need for CHANGE in America, but before there is CHANGE, our Congress has to be open and receptive to CHANGE, vice living in the age of Past politics!
Posted by Syneeda at 1:22 PM