Rear Admiral Says Faith is Under Attack in the Military 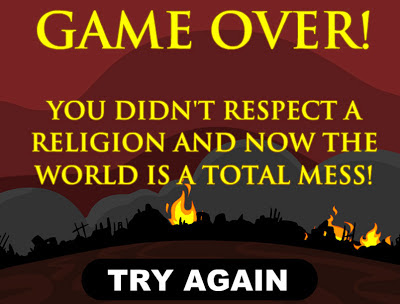 Fox Nation recently reported -- "A high-ranking Coast Guard official said at a National Day of Prayer gathering that religious liberty in the U.S. military is being threatened and that service members are being told to hide their faith in Christ, according to a videotape obtained by Fox News.
“As one general so aptly put it – they expect us to check our religion in at the door – don’t bring that here,” Rear Admiral William Lee told a National Day of Prayer gathering.
“Leaders like myself are feeling the constraints of rules and regulations and guidance issued by lawyers that put us in a tighter and tighter box regarding our constitutional right to express our religious faith.”
The crowd of religious leaders and lawmakers cheered for nearly a minute when Lee vowed to defy any attempt to curtail religious liberty within the Armed Forces."
Read more: http://nation.foxnews.com/religion/2013/05/03/rear-admiral-says-faith-under-attack-military?utm_source=feedburner&utm_medium=feed&utm_campaign=Feed%3A+FoxNation+(Fox+Nation)#ixzz2STbIIbd0

Food for thought: We've seen the effects of taking prayer out of our schools, now out of the military?!  So what are we doing, creating faithless killers?!
Posted by Syneeda at 10:53 PM

Syneeda, I enjoy your use of "visual" imagery and the image you chose for this particular blog pretty much says it all. You and millions of others around the world have sadly witnessed the impact of "World" destruction by ongoing "religious" wars. I thought your case, of all military corruption cases, amplified the hypocritical views of the U.S. military, but this story further proves the military is not fighting in the name of religion, but for the "natural resources" in certain parts of the world. Unfortunately most Americans don't get it, its citizens are constantly lied to and feed ongoing media propaganda. Just take a look at how your own Congress blatantly disrespects your President, and he just sits back and take it! I guess he's more "black" after all.