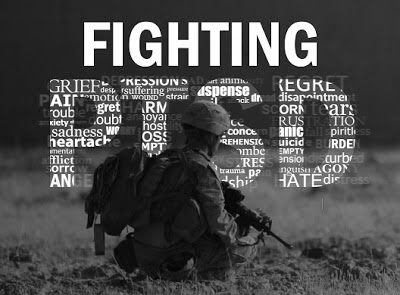 For over a year, I have provided advocacy support to Lt Steve Crowston and deeply applaud him for his courage and bravery, in fighting against civil and human rights violations in the Navy.   Unbeknownst to the aggressor, your words and negative personnel actions towards innocent victims carries pain.  Pain that victims will be forced to live with for the rest of their lives.

Yet, those who lack moral discipline, or self-dignity, would rather band together and hide behind their military rank and status in a concerted effort to violate another person’s civil and human rights.   By do so, you are denying veterans what they value most, the right to serve our country!

As a result of becoming a whistleblower, Steve now suffers from Post-traumatic stress disorder; like me and many other survivors of military workplace abuse.  Meanwhile, Steve is still serving on active duty and his civil and human rights are still being violated by senior Navy officials for “standing his moral ground” as a military whistleblower.

Please pray for him and other veterans who are learning to cope with PTSD and military workplace abuse.

Not everyone sees military workplace abuse as a violations of human rights; Syneeda I'm glad that you do. Especially when it comes to equal rights for gays and other minorities serving in the US Armed Forces. The military is an organization that trains the ordinary man to become some of the most violent killers. Whether a military commander is sitting behind a desk inside a tent in the middle east, or at a military compound in the United States, they have sworn to an oath; a creed, which is to "fight or die" for our country. Unfortunately, when he is not killing in a war zone, he will recreate a different type of war. In recent cases, against his fellow comrades. As a human rights, gay rights, civil rights supporter, I don't understand why President Obama hasn't done more for gays, blacks and women in the military. After all, he is the Commander in Chief.