More evidence of unlawful Sexual Conduct in the U.S. Military 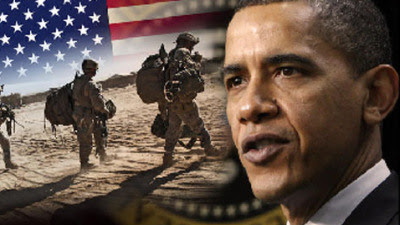 The Editor in Chief wrote – “He's a "Mustang" officer with nearly three decades of military service behind him. But, thanks to a bad decision to send females in his unit "flirtatious" e-mails, this OCS grad and former electrician's mate could soon be out of the Navy.

CMDR Allen Maestas, who enlisted in 1985 and was executive officer of San Diego-based Naval Beach Group 1, has been relieved of duty. His Navy career is all-but-over.
Holder of the Bronze Star, Meritorious Service Medal and five Navy commendation medals, the Utah native was taken to mast for transgressions that, in another time, might not have been enough to make him walk the plank.

But with the epidemic of sexual assault cases, and the military's poor response to a very real problem of late, a few people are going to pay heavily for what might have been, in past years, a relatively minor matter.

After all, Maestas is not accused of touching a female or having any forbidden contact other than stupidly sending off inappropriate e-mail, which he should have known might come back and bite him on the ass.

It did.
HIS CAREER IS ALL BUT OVER

The surface warfare officer with six-plus rows of ribbons on his chest, can start putting in his retirement papers - at least he won't lose that - because his future in the Navy looks pretty grim.

While he's contemplating civilian life, Maestas can look down in our related stories box and read about another officer - albeit much more senior in rank - who also got in trouble for "inappropriate" words in e-mails to at least one female, although this one was an officer "groupie" and status-seeker, extraordinaire

Marine Gen. John Allen lost assignment to a top-NATO post and was forced to retire. Maestas is likely to meet the same fate.

If only his name had been David Petraeus, and his "crime" had been having an adulterous affair with a foxy female light colonel, who, incidentally, has yet to be disciplined to violating the UCMJ.

Petraeus, a bit player in BAM's Benghazi cover-up, hasn't been charged with committing adultery in violation of regulations. As for West Point grad and super-achiever female, Paula Broadwell, no one's talking about that pesky AR that states an officer must serve "satisfactorily" in grade to hold that rank.

The leggy beauty was still a major at the time she was the general's mistress. Both were on active duty.

Rank does have its privileges.”
Posted by Syneeda at 9:37 AM