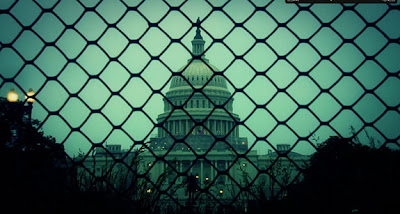 “I had to do something. If not me, then who?”
Thanks to Gayl’s decision to expose the Pentagon’s delays in getting armored vehicles to troops in Iraq, the Pentagon sped up the production and delivery of Mine Resistant Ambush Protected vehicles (MRAPs) and the lives of thousands of troops were saved.
But Gayl and three other whistleblowers featured in Greenwald’s film paid a stiff price for their decision to speak out about the abuses they saw. All four men faced retaliation from supervisors.
Unfortunately, what happened to these whistleblowers underscores the growing secrecy in America’s national security state.  Nowhere is that more evident than the Obama administration’s unprecedented prosecution of whistleblowers under the Espionage Act.
It’s a paradox of sorts. Because on one hand, President Obama last year signed an executive order that strengthened protections for national security and intelligence whistleblowers but on the other hand has prosecuted more media "leakers" under the Espionage Act than all other administrations combined.
This week, the Project On Government Oversight (POGO) and other whistleblower advocates launched petitions asking President Obama to do more to protect whistleblowers. The petitions, which were timed with the documentary’s premiere, tell President Obama:

“Your administration is at odds with itself on whistleblowers. You must shrink the growing secrecy in the national security state, end the prosecutions of so- called leakers, and end the pursuit of a national security loophole to whistleblower rights and the rule of law in the federal civil service.  Without these steps, your promises to have an open and accountable government will not have credibility. “

POGO Executive Director Danielle Brian, who appears in the movie, says whistleblowers are heroes.
“And we need to be doing everything we can to protect them, to make sure they have what it takes to protect our safety and our freedom,” Brian says in the film.” We can’t let them fight this fight alone.”
Hopefully, the War on Whistleblowers will draw attention to what’s at stake.
After the Washington, D.C. screening at the Newseum, a panel discussed some of the issues raised by the movie. One of the panelists, John Rizzo, the former acting general counsel for the CIA, said the documentary even made him question why some of the whistleblowers were treated the way the were.
But while all four men featured in the documentary suffered personally and professionally, they say the price for staying silent would have been far worse.
“It’s not like I didn’t think about that, it’s not like I didn’t understand it. I just decided that I didn’t want a guilty conscience,” DeKort says in the film.
The documentary premiered this week in Washington and New York and will be shown in Los Angeles next week. And while it’s only scheduled for brief theatrical releases in New York and Los Angeles, a free DVD of the film is available to people who commit to hosting a home screening for friends and families."
Images courtesy of Brave New Films and Joe Newman.
Food for thought:  Not matter the sin, the truth will eventually unfold!
Posted by Syneeda at 10:07 AM