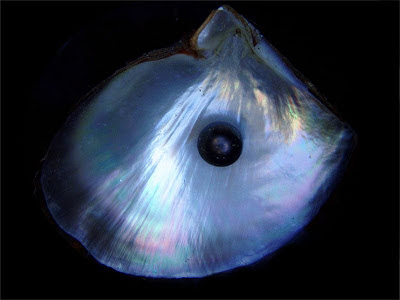 Deep inside the pit of the abyss
I let out a loud scream,
Crying out to God, asking,
“Lord, what does all of this really mean?”

I’ve traveled the earth
40 days, 40 nights, 40 years
Since my birth,
Only to experience a re-birth,
To be awaken from a curse.

My mind, my body, my spirit,
Held in captivity,
I’ve arisen from the pit of hell
Only to discover all the lies that’s been told to me.

I am but a stem, a cell,
Once- twice divided
From the seeds of Mother Earth,
Two souls intertwined upon my re-birth.
Living in one body,
Conjoined at the head,
One soul represents the living
The other, the dead.

At the ripen age of adulthood
What am I now to believe?
The ancient story that humans
Are descendants of only Adam and Eve?

The Roman Catholic religion
dates back for only 2000 years,
For centuries, their lies
Have been cemented inside our ears.

Some say war on religion
Is a sign of Armageddon;
I say, its God way of unveiling
All the secrets that’s been hidden.

I don’t like to argue my belief
Or disbelief on religion,
But connected to our minds, our body and our spirit
Is where the truth is really hidden.

The human heart is magnetically charged
By God’s spirit called life,
God shines his Glory, the Sun,
Onto Mother Earth, his wife.

We are all star seeds, human Angels
Sent here to protect Mother Earth,
Arriving from the deep abyss of God’s Black Heaven
Far beyond the reaches of man,
The truth of our existence
Man has yet to understand.

For Mother Earth has become restless
From all the chaos caused by man,
His threats of nuclear war
Seeking to destroy her precious land?!

As a fire child, I see, I hear, I feel...
The echo vibrations of Mother Earth’s cry;
She’s asking us to worship her in PEACE
Before mankind is called forth to die.

The stories of his sins
Are outlined in his Holy book,
Tales of how man came to destroy himself
And how long it took.

His-story is a lesson learned
That is not to be repeated,
As Mother Earth gets closer to our Father, Sun
She’ll start to get very heated.

Her fiery lust for her protector
Is what is really needed,
To bleed out hate from the souls of man
Leaving the tears of her daughter’s
To finally nourish her precious land, again.
Peace and love will save us in the end!
Posted by Syneeda at 12:50 PM

This poem is truly thought provoking, you are a true gift from God.