Palestinian children detained by the Israeli military are subject to widespread, systematic ill-treatment that violates international law, a UNICEF report said on Wednesday. 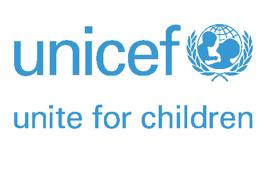 (Reuters) reports - Palestinian children detained by the Israeli military are subject to widespread, systematic ill-treatment that violates international law, a UNICEF report said on Wednesday.
The United Nations Children Fund (UNICEF) estimated that 700 Palestinian children aged 12-17, most of them boys, are arrested, interrogated and detained by the Israeli military, police and security agents every year in the occupied West Bank.
UNICEF said it had identified some examples of practices that "amount to cruel, inhuman or degrading treatment or punishment according to the Convention on the Rights of the Child and the Convention against Torture".
Israeli Foreign Ministry spokesman Yigal Palmor said officials from the ministry and the Israeli military had cooperated with UNICEF in its work on the report, with the goal of improving the treatment of Palestinian minors in custody.
"Israel will study the conclusions and will work to implement them through ongoing cooperation with UNICEF, whose work we value and respect," he said.
According to the report, ill-treatment of Palestinian minors typically begins with the arrest itself, often carried out in the middle of the night by heavily armed soldiers, and continues all the way through prosecution and sentencing.
"The pattern of ill-treatment includes ... the practice of blindfolding children and tying their hands with plastic ties, physical and verbal abuse during transfer to an interrogation site, including the use of painful restraints," the report said.
It said minors, most of whom are arrested for throwing stones, suffer physical violence and threats during their interrogation, are coerced into confession and do not have immediate access to a lawyer or family during questioning.
"Treatment inconsistent with child rights continues during court appearances, including shackling of children, denial of bail and imposition of custodial sentences and transfer of children outside occupied Palestinian territory to serve their sentences inside Israel," the report said.
Such practice "appears to be widespread, systematic and institutionalized", it added.
UNICEF based its findings on more than 400 cases documented since 2009 as well as legal papers, reports by governmental and non-governmental groups and interviews with Palestinian minors and with Israeli and Palestinian officials and lawyers.
The report said Israel had made some "positive changes" in recent years in its treatment of Palestinian minors, including new hand-tying procedures meant to prevent pain and injury.
It also noted as an improvement a military order given in 2010 that requires Israeli police to notify parents about the arrest of their children and to inform children that they have the right to consult a lawyer.
Posted by Syneeda at 8:48 AM