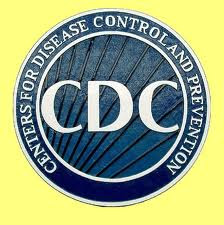 ABC10News.com SAN DIEGO reports - A new study shows a super bug is rampant in nursing homes.Methicillin-resistant Staphylococcus aureus, or MRSA, is a staph infection that is resistant to several common antibiotics.The germ was found in 20 of the 22 Southern California nursing homes examined in the study.The nursing homes agreed to be in the study only if their names weren't released.Researchers at the University of California, Irvine, swabbed the noses of nursing home residents between October 2008 and May 2011.The study's lead researcher said these facilities need more infection control interventions.Marian Hollingsworth told Team 10 she saw how quickly a loved one can contract MRSA.Her father contracted MRSA after just a day inside a San Diego nursing home. A nurse called and told her about the infection."I found out later that by law, a doctor was supposed to call and inform us of the infection and we were supposed to get information on how to limit the spread and we never did," Hollingsworth said.MRSA is spread through contact -- either by touching someone with the germ or touching an object with it."He was kept near the front desk in a wheelchair a lot. So everyone who went in and out of the facility was exposed to him," said Hollingsworth.Andrew Thompson, an attorney at Elder Law and Advocacy who runs the nursing home division for the nonprofit organization, believes the high rate of MRSA is due to low staffing at these for-profit facilities to save money."If the budget needs to be increased and the amount kicked back to the shareholders becomes less, but the care is much better, I think that things are going to change," said Thompson.Hollingsworth would also like to see the Department of Public Health take MRSA outbreaks more seriously."They should levy more deficiencies and citations against homes that have a high number of infected patients and they need to care about the patients more," Hollingsworth said.She said MRSA made caring for her dad during his final days, nearly impossible."We weren't allowed to touch him once he went to the hospital. There were no last hugs, no last kisses, no time to hold his hand as he laid dying," said Hollingsworth.When asked about the call for stricter guidelines, the California Department of Public Health sent Team 10 a letter it sent to long-term care facilities and general acute care hospitals in September 2010.The department also responded with this statement:

The Centers for Disease Control and Prevention (CDC) released the Management of Multidrug-Resistant Organisms in Health Care Settings in 2006 followed by the Guideline for Isolation Precautions: Preventing Transmission of Infectious Agents in Health Care Settings in 2007. The California Department of Public Health (CDPH) developed the Enhanced Standard Precautions (ESP) guideline to consolidate the CDC's recommendations. The ESP guideline addresses preventing the transmission of any infectious agent in long-term care facilities. The ESP guideline is attached.  CDPH's ESP guideline recommends that facilities should implement standard precautions which include proper hand hygiene (thorough hand washing) and use of personal protective equipment when in contact with all blood and body fluids from residents. Contact precautions, grouping together patients with MRSA and enhanced environmental sanitation are recommended to prevent the transmission of MRSA in long-term care residents.