Military Rape is a human rights issue and needs to be addressed NOW, rather than later! 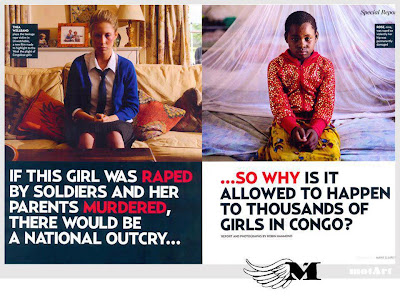 Why is the U.S. military not protecting our veterans from being raped, by other veterans?! There are thousands of veterans who claimed to have been raped while serving in the military.

Just earlier today I met a young mother who said she's going to keep her 5 year old daughter by her side, especially when she takes her to play at a public park.  Rapist are predators and they will go ANYWHERE to get their "fix".

Like with our wounded veterans, the military is quietly releasing what's become a "cancer" epidemic, back into the private sector.  The reason I say "cancer" is because most of these veterans have been exposed to deadly chemical agents while serving in the Gulf region.

In 2009 Congress passed a number of  bills identifying dozens of health issues that veterans, who served in the Gulf region, would eventually be diagnosed with.  For those veterans who were exposed to Agent Orange or other military chemical bio agents, I'm sure you are aware of the side affects of our military weapons.

This post is alarming, especially if its true. Another cover-up by our military, now putting private citizens at risk! Doesn't the military pay for our returning veterans to go to college for free? To think an unregistered military sex offender roaming free on our college campuses, what is President Obama doing about it!?

Anon, Yes this is alarming but its true! Just google the studies on military rape and veterans health issues to conclude for yourself. There's always a dark side to war, and we've evolved too far as a World Nation to continue to be victims of War and Greed!