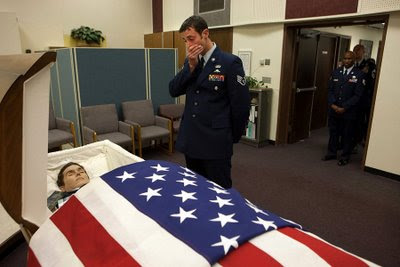 WASHINGTON -- The U.S.-led war in Iraq claimed 190,000 lives and will cost the U.S. government at least $2.2 trillion, according to the findings of a project at Brown University released Thursday.

The Costs of War report, released ahead of the 10th anniversary of the war on March 20, said that the financial calculation included "substantial" costs to care for wounded U.S. veterans.

The total estimate far outstrips the initial projection by President George W. Bush's government that the war would cost $50 billion to $60 billion.

"The staggering number of deaths in Iraq is hard to fathom, but each of these individuals has to count and be counted," said Catherine Lutz, a professor at Rhode Island-based Brown University who helped lead the study.

The U.S. government has spent $60 billion on reconstruction, but little has gone to restoring destroyed infrastructure. Most of the money has gone to the Iraqi military and police, the report noted.

"Nearly every government that goes to war underestimates its duration, neglects to tally all the costs and overestimates the political objectives that will be accomplished by war's violence," said Neta Crawford, a professor who helped coordinate the study.

The U.S. State Department conceded that both countries made "enormous sacrifices." Spokeswoman Victoria Nuland, responding to the Costs of War report, said that the United States and Iraq have forged a "strategically important bilateral relationship."

"Compared to where we were in the Saddam era, we now have a bilateral security agreement. We have deep economic interests and ties. We have a security relationship. We have a political relationship," she said.

The Costs of War project involved 30 economists, anthropologists, lawyers, humanitarian personnel and political scientists from 15 universities, the United Nations and other organizations.