Corruption at the highest level... 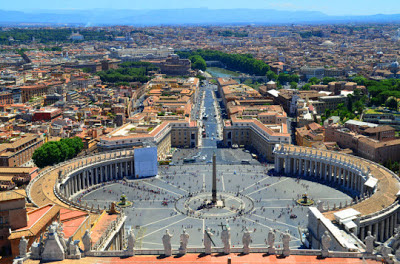 
CBS NEWS reports -- Vatican City, "The cardinals tasked with electing the Roman Catholic Church's new pope began Tuesday morning with a Mass in St. Peter's Basilica at the Vatican. Following the service, the 115 cardinal electors returned to their hotel-like quarters for lunch before they were due to shut themselves into the Sistine Chapel for the first day of the actual papal conclave -- the ritualistic voting process which will see them chose the next pontiff.


Torrential downpours in St. Peter's Square kept the number of faithful and curious low as inside the Basilica, Cardinal Angelo Sodano, dean of the College of Cardinals, asked his fellow prelates "to cooperate with the Successors of Peter, the visible foundation of such an ecclesial unity."

Sodan's appeal for unity comes on the heels of the first resignation of a pope in almost 600 years, and just hours ahead of the process which will serve to install a new Catholic leader on whose shoulders will rest the daunting task of steering the church out of an  era marked by scandal and allegations of infighting and mismanagement.

Pope Benedict XVI's resignation exacerbated the problems the Church has been attempting to deal with quietly for more than a year, sparking speculation that corruption and poor management practices brought vividly to light by the publication of private documents from the pontiff's own desk might even have catalyzed his decision to step down.

In his wake, the now- Pope Emeritus Benedict left a Church divided, by many accounts, between the Vatican's inner-circle of prelates who dominate its bureaucracy, know as the Curia, and many cardinals from outside the circle who feel, perhaps more keenly, pressure from their congregations and the world at large to drag the 2,000 year old institution into the 21st century."

It's hard to come by well-informed people on this subject, but you seem like you know what you're talking about!
Thanks