Obama expresses support for US women in combat 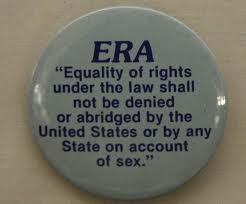 WASHINGTON (AP) — Allowing women to serve in combat roles will strengthen the U.S. military’s ability to win wars, Defense Secretary Leon Panetta said Thursday, shortly before his official announcement of the landmark lifting of the ban.
President Barack Obama supports the Pentagon’s decision and believes the country should continue to remove “unnecessary gender-based barriers to service,” White House spokesman Jay Carney told reporters.
More than 150 women have been killed in the wars in Iraq and Afghanistan while serving in support roles. The decision to lift the ban on them serving in combat presents a daunting challenge to top military leaders who now will have to decide which, if any, jobs they believe should be open only to men.
Women comprise about 14 percent of the 1.4 million active military personnel, and more than 280,000 women have been sent to Iraq, Afghanistan or to jobs in neighboring nations in support of the wars. Of the more than 6,600 U.S. service members who have been killed, 152 have been women.
“Our military is more capable, and our force is more powerful, when we use all of the great diverse strengths of the American people,” Panetta said Thursday morning at a Pentagon ceremony in remembrance of Martin Luther King Jr.
Panetta’s move comes in his final weeks as Pentagon chief and just days after Obama’s inaugural speech in which he spoke passionately about equal rights for all. The new order expands the department’s action of nearly a year ago to open about 14,500 combat positions to women, nearly all of them in the Army.
“Every person in today’s military has made a solemn commitment to fight and, if necessary, to die, for our nation’s defense,” Panetta said. “We owe it to them to allow them to pursue every avenue of military service for which they are fully prepared and qualified. Their career success and their specific opportunities should be based solely on their ability to successfully carry out an assigned mission. Everyone deserves that chance.”
Read full article here: thegrio.com/2013/01/24/obama-expresses-support-for-us-women-in-combat/
Food for thought:   Be careful what you ask for!
As a "young" woman who spent 20 years serving in the military, I say this is long over due.  Just to be given an opportunity and choice (in my view) is all women are asking for.  Having spent 7 years enlisted and 13 years as an officer (give or take 5 months), I know what's its like to be denied your equal rights.  Being denied your civil rights, is a topic for another discussion.
Ladies, I'm proud that you are taking a stand, demanding "equal rights", but I caution you,  watch the movie" G.I. Jane."  Although its a Hollywood movie,  in my view, it clearly depicts the physical challenges of physically qualifying to serve on the front line.
The military have rules, regulations and "standards".  These standards are "physical fitness and readiness standards" which are typically designed as a means to "weed out" a certain group.  I'm just saying...
Posted by Syneeda at 11:16 AM