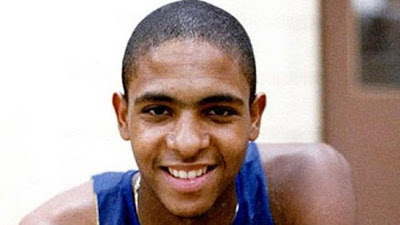 Today thegrio.com reported -- CHICAGO  -Webster’s Dictionary defines “urban legend” as an often lurid story or anecdote based on hearsay and widely circulated as true.
If you’ve heard the story of Ben “Benji” Wilson, you’re familiar with the legend of an innocent young man, referred to by many as the best basketball player Chicago ever produced, who lost his life in 1984. Wilson was walking down the street with his girlfriend, minding his own business, when he accidentally bumped into a “thug” who not only took exception, but brandished a firearm and shot him twice.
All because he didn’t say, “excuse me.”
That story (or some version of it) has been told many times over the past 28 years in Chicago. On Tuesday night, “Benji,” the documentary of Wilson’s short life and untimely death, aired on ESPN for the first time aiming to separate fact from fiction and finally tell the full story in chilling entirety of a young man’s life taken too soon.
NBC Chicago: Viola Davis honored at 48th Chicago International Film Festival
Hearing basketball guru Sonny Vaccaro declare Ben Wilson the first actual “phenom” in the world of high school basketball jibes with the way Benji has been described by Chicagoans all these years. That part of the urban legend was true. Benji really was great.
Here was a player from the South Side of Chicago who came out of nowhere one summer and emerged as the nation’s best high school basketball player – the first from this city to ever hold that distinction – in a class deep with NBA-level talent.
Anthony Davis, who took college basketball by storm and became the No. 1 pick of the New Orleans Hornets in last June’s draft, literally followed the exact same path to basketball stardom while he was in high school. His ascension was an almost symbolic gesture of what Benji’s life could have been had he lived.
Click here to read the rest of this story.
http://thegrio.com/2012/10/24/life-comes-of-slain-hoops-star-benji-comes-full-circle-in-chicago/
Posted by Syneeda at 8:36 PM